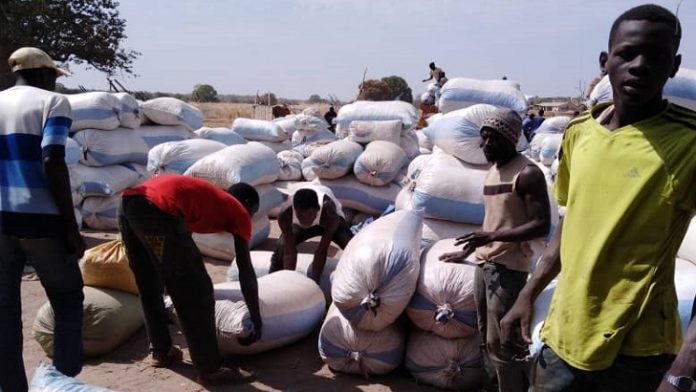 A week since government announced D396 million intervention to pay out farmers who owed thousands of tons of groundnut, The Standard has been reliably informed that no payment has been made throughout the country.

As late as last night, a farmer in Basse who contacted us by phone, said he and his group of about 20 have not been paid months after they delivered their nuts to the seccos.
“What we could not understand is why are we not paid since the President made an announcement for them to buy our nuts?” another famer retorted.

The Standard contacted Secco manager Yaya Nyangadou of Wuli Birif who said his secco alone owes farmers some DI.9 million. He added that another secco at Bajakunda owes farmers about D2M.

“Everyday farmers come here to complain that the President has ordered for them to be paid and they could not understand why they are still not paid. We are so depressed and frustrated and each time we contacted the Gambian Food Processing and Marketing Corporation, formerly GGC at the headquarters, we are told that the monies have not reached them yet.”

The Standard tried repeatedly to get a comment from the Corporation but none of the officials contacted could be reached on the phone.