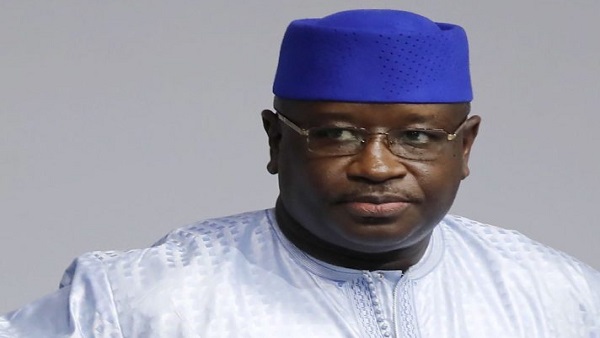 The President of Sierra Leone, Julius Maada Bio has said The Gambia must move forward and consolidate its newfound democracy and avoid repeating its past mistakes.
Speaking to journalists at State House yesterday, President Bio said Gambia can pay attention to the future, because every nation is going forward.
“It is good to have a truth commission but it should not mean to go back to open up new wounds. It will definitely bring out certain lessons which you can incorporate in your governance structure in the way people relate to one another so that the mistakes of the past are not repeated. Gambia should do that to catch up with the rest of the world,” he said.

He said The Gambia and Sierra Leone had different experiences and that it is always good to use those experiences as a way to chart the future.
“We decided to have a truth, reconciliation commission and people took part in it. I was there myself and the recommendations of the commission have been properly documented and have guided us to be able to move forward as far as development is concerned. It also serves as a guide to make sure that we don’t go back into the bad habits like bad governance, injustice and corruption that led to the war,” he observed.

Speaking further at the press conference jointly organized by the two heads of state, President Bio said the Gambia and Sierra Leone share a long standing relationship dating over 300 years. “We want to strengthen this relationship to higher heights because we believe we have many things in common”.
Commenting on events back home, President Bio said his administration has given the anti Corruption Commission the freedom it requires to be able to prosecute those who are found wanting.

Meanwhile, the Gambian President Adama Barrow could not agree more with his Sierra Leonean counterpart, saying Gambia has a lot to learn from Sierra Leone in terms of the way they were able to move on after 11 years of bitter civil war.
“Our democracy has just restarted while Sierra Leoneans are building on their democracy; they have changed governments on occasions…meaning they are accepting democracy,” he added.

President Barrow also disclosed that the visit of his counterpart accorded them the opportunity to discuss on the areas of education, tourism, trade and investment.
“Africa is now following the trend of democracy and our governments are focused on building institutions that will eventually serve our people well,” Barrow concluded.