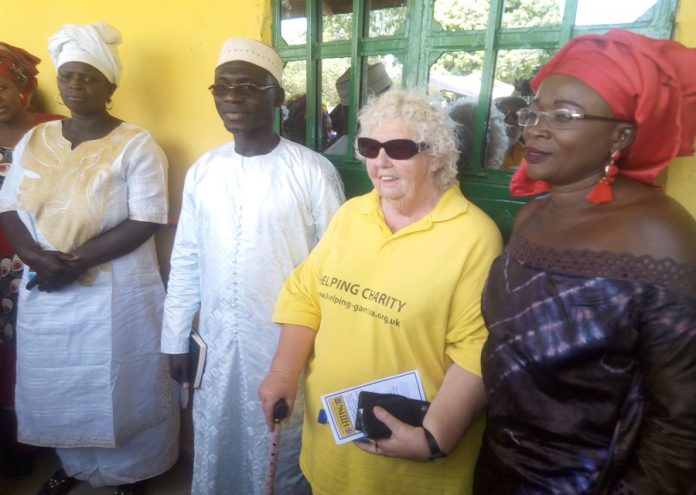 The community of Fass Njagga Choi has called on the government to take ownership of the clinic and upgrade it to a major health centre for the people of Fass and its surrounding villages.

The call was made yesterday during the official opening of the maternity ward at the health centre which consist of one outpatient room, two delivery rooms and two offices sponsored by Helping Charity, an NGO based in the United Kingdom.

The construction of the maternity ward was initiated by the community of Fass and its surrounding villages to support access to health facilities especially for women within the area with financial support from Helping Charity. The community members served as the sole labourers for the project.

The mission of Helping Charity is to unlock the potential of highly disadvantaged children in The Gambia through sharing resource, knowledge and work in partnership with the local communities to provide children with access to education, healthcare, water and nutrition.
Alhaji Wally Joof, Fass Njagga Choi village alkalo, said the building is important to the people of Fass Njagga Choi and the surrounding villages.

He added:”Helping Charity and the village development committee have done their part. Now we are extending our hand to the government to do their part in helping us with an ambulance and to take ownership of the Fass Njagga Choi clinic and upgrade it to a major health centre and help us with a watch man who will be looking after the clinic.”
According to him, Fass is surrounded by 18 satellite villages.

Muhammed Lamin Jaiteh, permanent secretary at the Ministry of Health and Social Welfare, thanked Helping Charity and the community of Fass Njagga Choi for constructing the ward.
“I would like to thank the village development committee for taking the initiative to strengthen the efforts of the Ministry of Health,” he said.

PS Jaiteh thanked Helping Charity for helping the community and complimenting government’s efforts in building the maternity ward and for their other interventions.
“I have heard about your challenges ranging from the need for an ambulance, the need for more labour force in terms of nurses, auxiliary staff members and also the request for a laboratory. I just want to assure you that the minister is very passionate and very interested in reaching out to the communities,” he said.

He assured them that the ministry will do its best to ensure that they facilitate resolving the issues relating to health in Fass Njagga Choi.
Mrs Rose Marry, a memberof Helping Charity, described the ward as “a great achievement”for the community and Helping Charity.

She said her charity invested hundreds of thousands of dalasis in building the ward and that Helping Charity is sponsoring at least 400 Gambian children 100 of whom are from Fass.

For his part, Baboucarr Nyang, the deputy board chairman of Helping Charity, said over the years they have supported the health care system in The Gambia with numerous materials and structures to strengthen the capacity of health official and facilities to support safer motherhood.

“We therefore hope that the maternity ward will go a long way in reliving the high demand for the Essau District Hospital which is the most concentrated clinic in the area as a delivery centre,” he concluded.
Other speakers included VDC chairwoman Fatou Sonko and secretary general Abdou Chorr.