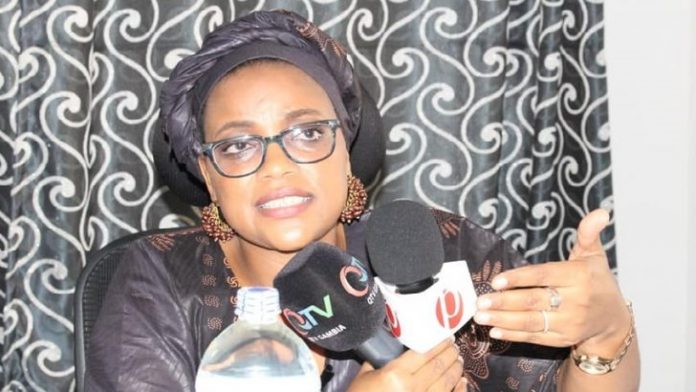 Some 32 staff of the Food Safety and Quality Authority (FSQA) yesterday called a press conference to read out a long list of accusations against their Director General, Zainab Jallow.

The allegations include nepotism, abuse of office and corruption.
Alhagie Sowe, a food inspector said: “Our reason of calling this press conference is to get our voice loud and clear about issues we have petitioned the DG about and which are still not addressed. We believe that with this press conference our voice will be heard by the general public and concern stakeholders and that the situation at hand will be handled and solved immediately”.

Sowe added that the petition was raised against abuse of office by the director general of FSQA. “First of all, we would like to clarify that our petition was not to ask for any salary increments, promotions or any other benefits. As staff of the FSQA, we are concerned about the bad leadership of the current director general and to highlight the constant difficulties we face working under an extreme toxic work environment,” he said.

“As a matter of fact, this is not the first petition against her. The first one was in 2018. The DG always takes a simple complaint against her leadership and mismanagement with such an attitude that she would brand anyone who dares do that as a bad employee, who is sidelined, outcast, frustrated or forced to resign or in some cases fired for some error,” Sowe alleged.

He further alleged that the Authority hardly conducts staff meetings because the director general never accepts exchange of ideas or suggestions from others.
He also alleged a lack of commitment on the part of the director general who would claim lack of funds but will travel frequently, even when some trips are meant for junior staff.
“In some cases she travels nothing less than twice a month. The FSQA is run like a family business. The director only appoints her own people to key positions so that she would have the chance to continue mismanaging the institution,” Sowe alleged.
Other members of the staff including the human resource officer Saidina Alieu Jarjou made further allegations.

The Standard contacted DG Jallow who reacted: “These allegations have been circulating for some time now and an independent panel investigated the allegations and the panel established that all the allegations contained in the petition are false, and as such, an action will be taken against all the people who are behind it.”

Asked what type of punishments the petitioners are likely to face, she said that would be determined by the General Orders of the Civil Service.
She said the press conference in itself is illegal because junior civil servants cannot hold a press conference of such without the consent of the relevant authorities.