From money-laundering to sanctions busting: the real value of cryptocurrency may soon be clear 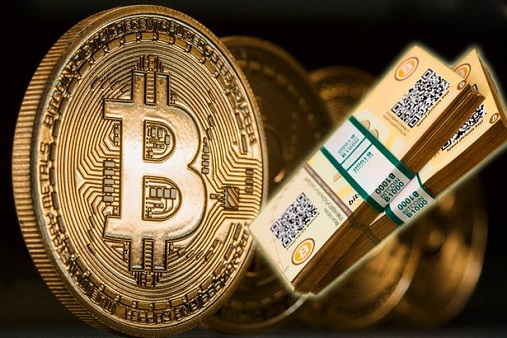 The ability to trace and stop transactions linked to crime, terrorism, and corruption is one of the tools a country has at its disposal to defend itself and its interests.

The investigation into Crown Resorts by The Age, The Sydney Morning Herald and 60 Minutes has illustrated how investigators traced money from convicted drug traffickers and money launderers into the bank accounts of two Crown companies, federal investigations have alleged.

But cryptocurrency threatens to erode this power and, in the process, frustrate governments attempting to understand the flows of money into and out of their borders.

Web-based currency is already used by dark-web drug-dealers, terror groups and hackers for payment. But cryptocurrency may be on the cusp of going more mainstream.

If and when it does, it may make it harder for Western democracies to defend themselves from transnational crime, corruption and terror financing.

“Organised crime has well-established ways of money laundering but they, like other businesses, are experimenting with cryptocurrency,” said Australian Strategic Policy Institute researcher Elise Thomas.

“I think we’re going to see interesting new ways to launder money which combine traditional finance and cryptocurrencies and that’s going to be a massive challenge for regulators because they’ll need teams of experts who understand both.”

Cryptocurrency uses digital coins that are verified through strong cryptography.

A key feature is they can often be traded with no centralised body tracking them, even though a record is stored in a digital archive of transactions called the blockchain.

There are about 140 million cryptocurrency user accounts registered worldwide, according to a study by Cambridge University. Verified users quadrupled in 2017 and doubled again in the first three quarters of 2018 to 35 million.

Cryptocurrencies flow easily around the world, said David Gerard, the UK-based author of Attack of the 50 Foot Blockchain, but the “chokepoint” comes where the digital currency is “converted to and from actual money”.

“To keep dirty money out of the system, regulators need to make sure the crypto exchanges are absolutely airtight” on anti-money laundering reporting.

But wariness about the impact on Western financial controls is one of the reasons Facebook’s ambitious plan to launch its Libra cryptocurrency has raised red-flags with US and global regulators.

The platform has 2.4 billion active users. Milind Sathye, Professor of Banking and Finance at the University of Canberra, believes US authorities looking at Libra “are rightly cautious”. “Such currencies are typically used as a conduit for money laundering, which is a cause for concern for regulators globally.”

Cryptocurrencies may ultimately be a greater challenge abroad than at home.

RBA governor Philip Lowe in 2017 said that cryptocurrency, “when thought of purely as a payment instrument … seems more likely to be attractive to those who want to make transactions in the black or illegal economy, rather than everyday transactions”.

Nations like Russia, Venezuela and Iran – no strangers to corruption – are exploring the possibility of national-cryptocurrencies to avoid Western sanctions. China, meanwhile, has long sought the creation of a currency rival to the US dollar that frees it from US influence.

This raises the prospect of alternative forms of payment outside the oversight and influence of established economies and governments.

As a recent report from the Foundation for the Defence of Democracies on cryptocurrency noted: “Technology has created a potential pathway to alternative financial value transfer systems outside, of US [-centred, Western] control.”

By: Chris Zappone and Momodou Camara