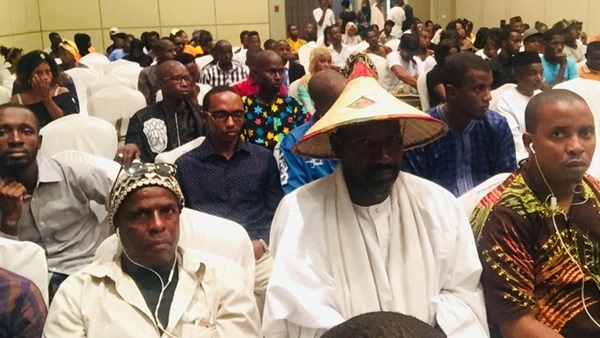 The event brought together various participants under the theme the role of our culture and language in ensuring sustainable peace in our country.

Ousman Sowe, the president of the Association, called for the preserving of the various cultures in the country.

“Most of the problems we are seeing in the sub-region are caused by tribal differences. It is our responsibility not to lose our culture and promote peace among ourselves.”

Momodou P Bah, spoke about the importance of peaceful coexistence among the various ethnic groups in the country.

He said Africa should use its diversity of cultures to develop the continent further.

“As people of different tribes we can live as one,” he said.

Momodou Lamin Sowe, the secretary general of the Gambian Writers’ Association, talked about the role of culture in peace building and the importance of culture in modern societies.