Gambia told to show ‘strong political will’ to protect children 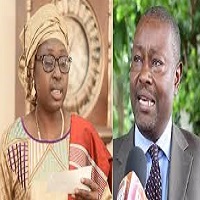 The chairperson of the National Human Rights Commission (NHRC), established to promote and protect human rights in The Gambia, said “there is a need for a show of strong political commitment from the government to protect children from all sorts of abuses.”

Emmaunel Joof said this will help children live to realise their full potential.

Speaking at the launch of a three-year regional project that seeks to support the protection of children, he said despite a plethora of laws protecting the rights of children in the country, much is left to be desired in implementing these rules.

He called for “strong political will”, national strategies and partnership with organisations and institutions to eradicate all forms of violence against children.

“Laws are meaningless and useless if they are not implemented and or enforced.

Most importantly, orienting and building the capacity of law enforcement officers to understand and appreciate these rights and take complaints of human rights abuses of children seriously is fundamental,” Joof said.

Speaking further, he opined: “Harmful traditional practices such as FGM/C and early marriage are still common in rural areas.

Child marriage continue despite the adoption of the Convention on the Rights of the Child by The Gambia and the criminalisation of forced marriage, sexual abuse and exploitation, children working in the streets who have been sent off to acquire informal religious knowledge from religious scholars and child labour.”

Children’s Minister Fatou Kinteh, who was represented by permanent secretary, Bulli Dibba, said the current situation regarding the rights of the child in The Gambia and the mainstreaming of children’s best interests in all our policies and their implementation is far from satisfactory.

“Many children are still victims of trafficking, sexual exploitation, forced labour and the new risks linked to the use of technology,” he said.

He added that protecting the rights of the children transcends the state, but requires the effort and commitment of all and sundry.

Dibba said the Barrow government is undertaking “strong measures” to eradicate violence against children and has established a new Ministry for Children’s Affairs.