Gambia Tourism: The bigger picture and the emerging issues 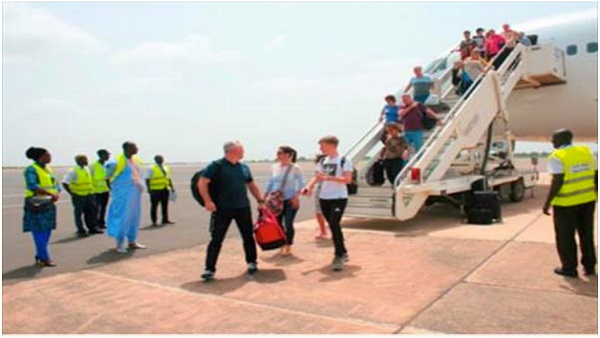 Destination Gambia’s greatest edge is the genuinely hospitable people and other Gambian advantages include gorgeous beaches, and the agreeable climate, but the jewels in the crown, in my view, include social cohesion/ unity in diversity, religious tolerance, exotic culture and above all the friendliness of the locals. This is the essence of the Smiling Coast brand, which is also anchored on the peaceful and tranquil disposition of Gambians. These enviable traits serve as a magnet to draw tourists to our shores for nearly five decades.

Having said that it is worth asking the question “who is the tourist”? The early attempts to define a tourist were undertaken by official organizations interested in monitoring the growth of international tourism. As such according to the League of Nations in 1933 ‘a tourist is defined as someone who travels for a period of 24 hours or more in a country other than that in which he usually resides’. Given the limitations of this definition, broader attempts were undertaken at the level of the United Nations World Tourism Organization to define a tourist through the UN Conference on International Travel and Tourism in 1963 and agreed the term “visitors”. This covers two main categories – Tourists – temporary visitors staying for at least 24 hours whose purpose could be defined as either leisure or business, and excursionists- temporary visitors staying for less than 24 hours, including cruise ship passengers, but excluding travelers in transit.

In the Gambian context, a tourist is a non- resident visitor who comes to the country for a pleasure trip, holiday, business, family affairs, mission, meeting and religious purposes and stays at least for one night in an accommodation in the country.. It excludes cruise passengers who usually spend less than 24 hours in the country and have their overnight accommodation on board the ship.

Such definitions are important when making comparative assessment of tourism, but limitations are still evident given that such adopted standards still ignore the rise and range of domestic tourism. Thus most destinations have come up with their own official definition for internal use. For example, the official ‘White Paper on Sustainable Tourism Development and Promotion in the Western Cape of South Africa’ defines a tourist as “a person who travels away from home, staying away for at least one night”. It further states that “a tourist could be a domestic tourist (for example a resident of Johannesburg staying one night in Cape Town), a regional tourist( for example a visitor from Zimbabwe spending one or more night in South Africa) or an overseas tourist( for example a resident of Germany staying one or more nights in South Africa).

A tourist travels for different purposes including business, leisure, conferences and incentive, and Gambia Tourism is heavily oriented towards leisure tourism. However there are prospects for business and conference tourism as well as BLEISURE tourism – a combination of business and leisure tourism. However first things first and for these segments to pick up and grow we have to create and nurture the right mix of infrastructure and the enabling environment as well as the requisite human resources. Having a top notch Conference centre is a good start.

Leisure Tourism- The Lion share
In the beginning, destination Gambia was seen as an ideal place to escape the harsh winter months of Scandinavia where Nordic Europeans would enjoy not only sea, sun and sand, but also experience the excitement of an authentic Africa holiday. Overtime, due to its proximity, also offered a new opening for exotic, but affordable holiday for an increasing number of West European tourists and slowly but surely the East Europeans are also joining the fray. The number of tourists increased from 300 hundred in 1965 to 25,000 in 1976, 90,000 in 1994 and this swelled to 171 ,200 in 2013 to 161,127 in 2017.

The overwhelming majority of these tourists are on leisure holidays (96%) attracted by sea, sun and sand and according to authoritative surveys the average length of stay is two weeks. This type of tourism is mainly dominated by tour operators and is highly seasonal in nature, concentrated on the coastal areas and influenced by the winter sun. Thus there is a mix bag of implications and these are quite visible in the Smiling Coast including seasonality of tourism and seasonality /lack of employment during the off season otherwise known as green season. This type of tourism is focused more on the relative economic gains of tourism and the need to fill hotel beds, whilst absorbing the negative implications that go hand in glove with mass tourism…

With this type of tourism simply put package tourism, patterns of tourist behavior have an important impact both on the structure of facilities within particular resorts and the relationship that tourists have with the host population. According to Krippendorf (1987) as encapsulated in the book Critical Issues in Tourism “having arrived at the scene of their dreams, many tourists behave in much the same way as they do at home. For them the break with routine is a functional and spatial one, in that they do not have to work and are away from home. The holiday resort is an exotic backdrop, against which they can play out the usual pattern of behavior. Such traits are common, however only to the point of enjoying home comfort as, for many tourists, aggressive almost “colonialist” behavior become a norm while on holiday. Holidaymakers become totally self- oriented, having little regard for others especially the host population.”
This type of tourism characterizes the first wave of tourism development in The Smiling Coast, still dominant and comes with a catalogue of negative vices such as rising prostitution, rise and surge of bumster syndrome, high leakage of revenue, highly seasonal nature of tourism and seasonality of employment, very susceptible to change and economic fluctuations. The pros include foreign exchange generation, spreading development and the multiplier effects, complementing other economic activities, breaking down social and cultural barriers, and reinforce preservation of heritage and traditions and promotion of international peace.

From Generic products to Experiences
Global tourism is undergoing tremendous transformation due to a range of factors, especially as this relates to leisure tourism and consequently a more integrated approach to product development and packaging is being adopted, based on an understanding of market needs, the destination’s strengths; the needs of the tourism community and the destination itself.

Suffice to say, packaging of the tourism product is increasingly having a new orientation, moving away from the traditional product focus to one that sells the experience. Since consumers are primarily in search of experiences, thus the need to come up with products that amplify various experiences such as wellness tourism, bird watching, boat fishing/sea fishing, dolphin watching, forest trails for nature lovers, park and wildlife tourism for eco-tourists, nature tourists and a range of heritage experiences such as home stays, heritage trails for ethnic tourists and community festivals for the history buffs, youth tourism etc.
Suffice to say, the situation calls for a bit of creativity and innovation in terms of crafting and packaging tours that are truly reflective of the changing trends in tourism as according to one tourism expert “the traveler was active; he went strenuously in search of people, of adventures, of experience. The tourist is passive; he expects interesting things to happen to him. He goes “sight- seeing.”

Domestic Tourism – Sleeping Cash Cow
It has already been pointed out that modern tourism is taking due cognizance of the rise of domestic tourism, a form of tourism that has not been given prominence in the scheme of things in the Gambian context. Some years ago efforts were put in place by the tourism authorities to launch domestic tourism and as a starting point, in collaboration with tourism stakeholders, very enticing packages were crafted revolving around our tourism facilities and attractions and a promo campaign was launched to encourage middle class Gambians to patronize tourism facilities at least during weekends and more especially rural tourism facilities .However these initiatives hit a big rock and could not kick off on a desired scale due to a range of factors. Given the growing middle class, I am confident there is future for domestic tourism, but first we have to overcome the perennial and emerging challenges including ageing rural tourism infrastructure, tired products. A lot of tourism potentials are also tied to the River Gambia, but the facilities associated with travelling on the river are still very underdeveloped.

Travel Facilitation – A Critical Link
Another very important critical issue is that of air access and travel facilitation these are key focus areas given that boosting air connectivity and easing the visa regime directly lead to growth in tourism numbers. This is more so because tourism products cut across borders and tourists want to experience products that transcend various national borders, thus the need to harmonize visa policies through bilateral and multilateral arrangements to ensure travel facilitation and movement of tourists across borders.

In a nutshell, encouraging travel facilitation including air access, promoting inclusive tourism and public private partnership, broadening the range and scope of tourism to make a foray into conference tourism , including domestic tourism and rethinking product development to make destination Gambia interesting and exciting are the “high issues” for tourism development.

The author was formerly Director of Marketing, defunct GTA and also served as Director of Planning, Ministry of Tourism & Culture. Currently on sick leave.