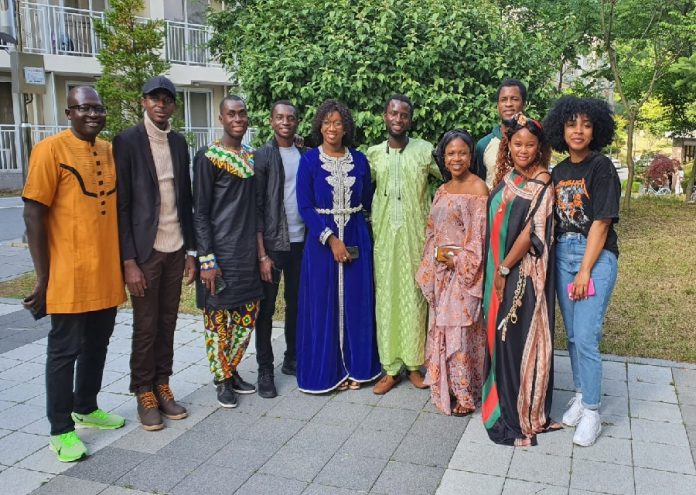 Gambian students in South Korea, Saturday, May 24, 2020, formed the first ever Gambian Students’ Association in South Korea (GSAK). This was held in an inaugural meeting held at the Korean Development Institute of Policy and Management at Sejong-si where some of the students are currently pursuing graduate studies.

Currently, 12 Gambian students are studying in universities across South Korea, a country that has transformed its economic situation from a donor recipient country to now a donor agent country within a span of 50 years. In the spirit of sharing, several Gambian fellows benefitted from a range of scholarship programs in various fields of academic studies ranging from undergraduate, post-graduate to doctoral studies. Nine among the scholarship beneficiaries converged on the aforesaid day in what also coincided with the Eid-ul Fitr celebrations to celebrate the end of Ramadan and further seized the opportunity to form the Gambia Students Association in South Korea (GSAK).

The Association will serve as the representative body of all Gambian fellows studying in South Korea and foster unity amongst them. The members also observed that there are currently series of educational and development opportunities that the country offers but Gambia is yet to exploit its full potential as compared to other African countries.

Thus, the Association has committed itself to establishing the links between the National Institute of Education and Development (NIED) under the Ministry of Education and the Korea International Cooperation Agency (KOICA) and the Gambian authorities with the objective to help bridge the existing gaps. These two institutions, especially the latter, has offices in many African countries and offers scholarships and other development programs to those beneficiary countries. An interim executive committee was established with BaboucarrCamara made the President and to be assisted by Haddy Samba as the Vice President. Mamut Saine is the Secretary General & IPRO while Adama Ceesay was made the Treasurer. Ebrima M.M. Jassey is the Scholarship and Mentorship Coordinator and doubles as the coordinator of NIED and KOICA engagements and Kumba Sabally the welfare coordinator.

The interim Executive will endeavor to deliver the Association on a strong footing. In addition, and in respect to the action plan, there will be a scholarship application mentorship program; student welfare program and KOICA and NIIED diplomatic engagement. In the scholarship mentorship program, scholarship opportunities will be identified and published on time using the relevant medium and encourage Gambians to apply. The role of the Association is to guide applicants through the application process in a demand driven and professional spirit.

The welfare program is to provide social support to students having challenges in Korea. There would also be mentorship programs for fellows traveling to South Korea to enable them to assimilate with ease by guiding them on queries they may have before and after arriving in the country.

The Association would also seek to forge relations with former students of Korean universities and to identify intervention areas beneficial to the students, the alumni, and The Gambia at large. Mass Njie, Adama Ceesay and Abdoulie S. Bah were identified to spearhead this crusade.

March 1, 2021
At the height of his madness, Hitler called himself Fuehrer and Reich chancellor of Germany or alternatively, Adolf Hitler, the Fuhrer of the German...