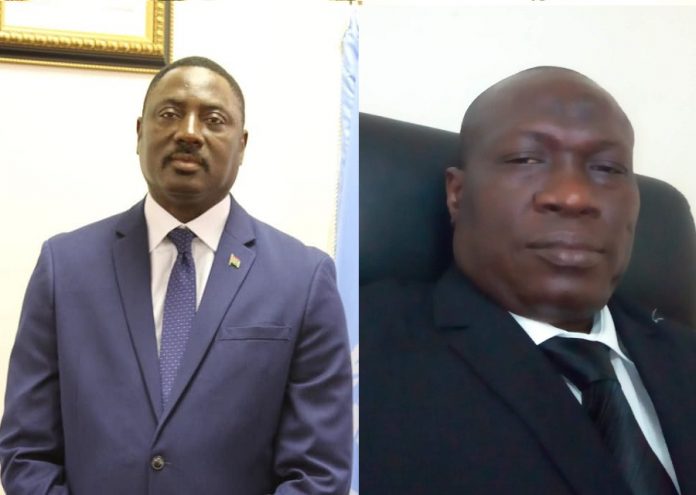 Gambians living in Ivory Coast have officially written to the Minister of Foreign Affairs, Mamadou Tangara urging him to reinstate the Gambia’s Honorary Consul to Abidjan, Dembo Fatty.

Fatty was a protocol to the late Gambian Honorary consul, Alhagie Ismaila Sibi. He was recommended by some members of Gambian community in the former French colony to replace the late Sibi, which was approved in December, 2019.
However, the Ministry of Foreign Affairs recently sent a memo to Dembo Fatty asking him to cease all activities within the consulate.

In their letter shared with The Standard, the association of Gambian nationals in Ivory Coast demanded: “We kindly ask you to reconsider your decision as soon as possible to avoid division within the Gambian community of Ivory Coast”.

The letter went on: “The Gambian community in Ivory Coast asks you to review the document of the order of appointment which were sent to us through the ambassador of the Republic of The Gambia in Ivory Coast resident in Sierra Leone, Ebraima Manneh. These documents include an order of appointment which concerns two Gambians citizens, Dembo Fatty as consul of the republic of Gambia in Ivory Coast and Ismaila Ceesay as consul of The Gambia in Liberia. We cannot understand why you decided to terminate the appointment of Dembo Fatty and allowed Ismaila Ceesay to continue in his position when they were all appointed through the same procedure. The Gambian community in Ivory Coast is in a panic. Hon Minister, a good leader is the one who hears the cry of the hearts of his fellow citizens. You cannot suspend a consul legally appointed to the service of his community and whose order of appointment has been established in your ministerial cabinet on behalf of the Gambian government for the benefit of another family as if this position was reserved for a certain family,” the letter reads.

ABOUT US
The Standard Newspaper brings the Latest News from the Gambia, Africa and the World. Get live news and latest stories from Politics, Business, Technology, Sports and more. The newspaper is published and printed by XL Standard Co. Ltd. located at Sait Matty Junction, Bakau. Telephone: +220 4496481. Email: [email protected]m
FOLLOW US
© 2020 The Standard Newspaper (The Gambia) - Site by DigiTech Solutions
Translate »