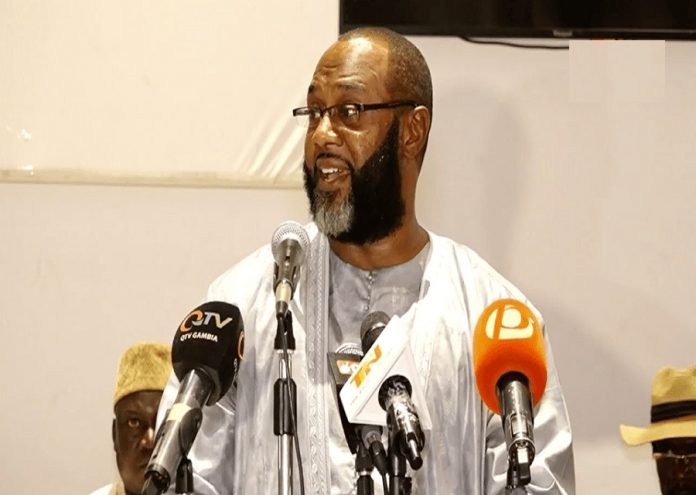 The Gambia Action Party has come to the defence of its presidential candidate Gen Lamin Bojang accusing the Gambia Armed Forces of blowing his statement “out of proportion”.
GAF said Bojang’s allegations had the potential to incite hatred and division within the military.

But GAP’s leadership feels the military took their flag bearer’s comments out of context. GAP secretary general, Musa Batchilly told The Standard yesterday: “GAP as a political party and government-in-waiting has always recognised the efforts of our men and women in uniform. We will never question the credibility or loyalty of any member of the security apparatus as we regard them as the most important people in the country as far as the security of the nation are concerned.

“The party has learnt with dismay the comments from the military high command. We termed the comments as derogatory. We also refute the fact that Gen Bojang’s statement has the potential to incite hatred and division in the army. We would like to remind GAF that Gen Bojang has been known as a unifier during his time in the army and reference could be taken from the AHOOAH military news magazine.

“GAP does not operate on sectional, religious or tribal sentiments and never has the party canvassed for votes or gained political points on these backgrounds. We would like to remind the GAF leadership that it is not in conformity with the Armed Forces Act to limit the politicians on the issues they want to address. Let them refrain from politics and concentrate on the security of the country.”
Batchilly said Bojang has never breached any Official Secrets Act and disrespected any senior member in the army.

“We want the army high command to be reminded that their very own ex-general has contributed to the development of the Armed Forces and will continually render support not only to the armed forces but the entire Gambia until he’s out of active services,” he added.
He said Bojang “believe that our men and women are competent enough to secure the nation, and it is for that reason, that he questioned the presence of the Ecomig forces in the country.”

“However, we want to make it categorically clear that ex-convicts must not be reinstated in the armed forces or the public service as it would compromise the rule of law and the fundamental principles of democracy. We want to reassure all Gambians that Gen Bojang has all the leadership traits and remains as the standout candidate vying for the office of president,” he concluded.