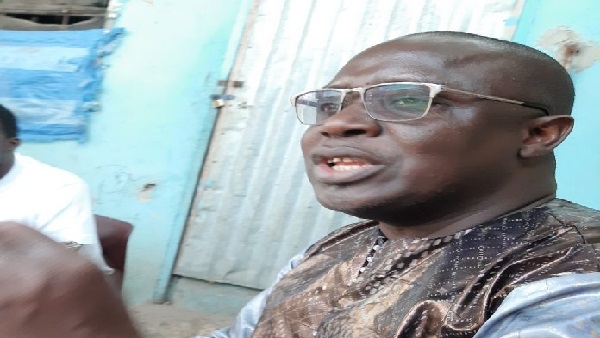 The Gambia Action Party has condemned the arrest of human rights activist Madi Jobarteh and warned Gambians that President Barrow could return the country to its dark days with his administration enforcing draconian laws in herited from Yahya Jammeh.

Jobarteh was arrested by the police last week and charged with false publication and broadcasting. His arrest came after his media comments faulting the police for their failure to investigate the killings of Haruna Jatta, Ousman Darboe and Kebba Secka.
“We should wakeup from our constant slumber or else we will all live to regret. We must not take issues like the arrest of Madi Jobarteh lightly. We made the same mistake with Jammeh to the point that he was untouchable. Barrow cannot be trusted or underrated – he has all government machineries in his hands,” GAP’s deputy SG Omar Beyai told The Standard.

Beyai said President Barrow should be seen as “another African leader who was trusted to lead a nation for an agreed period but used the office of the incumbent to perpetuate himself in power. He had one of the greatest opportunities to relinquish power in 2016, to champion a historic government reform process and oversee a level electoral playing field but he refused.”

“He is bent on holding the country hostage by turning every institution and government machinery into his personal properties as evident in his cabinet’s position paper to the CRC. We must not allow him to succeed,” Beyai added.

Joining GAP
The newly appointed GAP deputy SG said he decided to join the party because it shares his own ideologies.
“My decision to join the party is for the mere fact that it is a party I share the same ideology with. I want to assure all my followers from around the world to please join me in GAP,” he noted.

He added: “I will make sure that the party continue to pursue Gambia’s interest – issues of tribal politics will be not condoned. Throughout out my professional career in the service of humanity, I have acquainted myself with The Gambia being a pilot and not a passenger – history will substantiate the claim.”