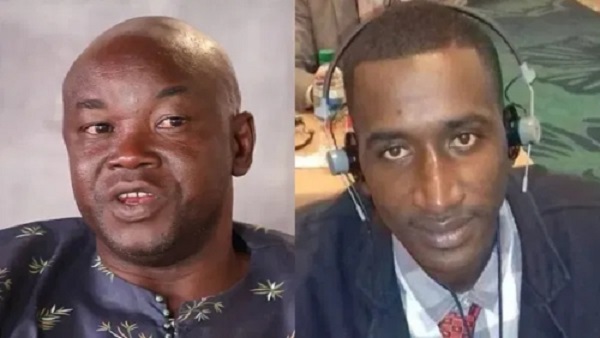 On Monday, Sanno rehashed the old NPP refrain that Kandeh bore a personal grudge against his old local Jimara political foe turned president Adama Barrow.
In response to Sanno’s second broadside against his party leader in as many days, NAM Sowe said Sanno’s statements are “nothing but a series of imaginary and false statements that are totally divorced from the truth”.

“This man must be living on cloud cuckoo land. Dou Sanno should be ashamed of spewing garbage in the public space all the time. It is painful and disheartening that advisers to the president got nothing to offer at this material time of Covid-19 except uttering rubbish against the persons of genuine Gambians,” Sowe fumed.

He said GDC is happy to have Mr Sanno on candid record inviting Mamma Kandeh to join Barrow’s government for monetary reasons because “it exposes Dou Sanno’s [shallowness] and lack of appreciation of the position he is given to serve”.

“Your offer is rejected outright because the NPP’s style of politicking doesn’t resonate GDC’s style. You continue bribing people to join your party and government but the GDC will never buy into that [shallow] political ideology or allow an incompetent person like Barrow to lead us. It continues to baffle me how one could possibly appoint someone like Dou Sanno as an adviser to a president. I swear, if jobs in this country were to be given based on merits, Dou Sanno would never have been called an adviser to the president. Not in this world!” Sowe added.

“His claims that Mamma Kandeh is having a grudge against Barrow explain how ill-informed he is about the role of a politician in a country. But what do people like him know apart from blowing trumpets after some people in power for underserved gains? If Dou Sanno doesn’t know, it is the responsibility of the opposition to hold government to account whenever they feel like government is doing what is not in the interest of our people. I want to make it emphatically clear to him that no one can threaten GDC in this country. It is just a matter of time before people like him will start blowing trumpets for Kandeh. If I could, I would have posed a question for a Behavioural Bill to be passed at the parliament so that people like him will start behaving like human beings,” he said.