Gen. Martin is right, “That was the status quo then” 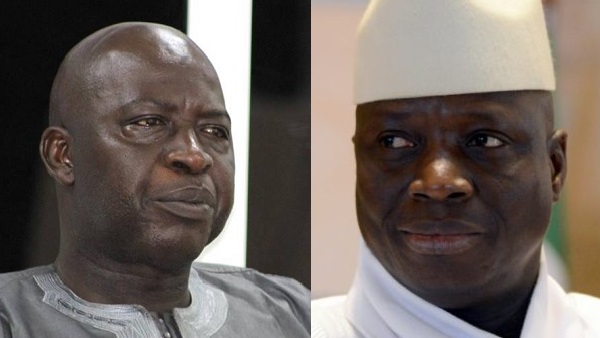 Unjustifiable statement but Brig. Gen. Martin is right. At one time in our country’s governance, Jammeh was the Alfa and the Omega.

His mere pronouncement was automatic law that no one challenges- not even the national Assembly neither the Bar Association.

His orders were implemented to the full by the security forces – even if it means to kill.

Where one follows your conscience and avoid doing it, your colleague will report you, get you dismissed at the very least, or arrested and framed with bogus charges – and they never lacked people who are ready to come to court and lie after being prepped by the DPP and NIA officials with promises of money and elevation – those too are Gambians.

They are the spineless among us.

His demand for money was processed without question by those in charge, from our Ministry of Finance to the Ports, SSHFC, Gamtel and GRA etc.

Whatever Jammeh wished, most of his Ministers were ready to do as far as it will portray them as the loyal ones to the Mansa and perpetuate their stay in Cabinet. “That was the situation then”.

Central Bank was willing to open the vault for him to take 20 million dalasis with a single handwritten note and when he’s even out of country, his emissaries can take 10 or 5 million by mere mention of Jammeh.

He never failed to have people to work for him – you make mistake while trying to toe his line, he fires you but that same person is willing to come back after multiple humiliations and even illegal detention.

He can make the religious leaders equate him with Prophet Yahya, make them stay with him during prayer times or even attend musical and other non-religious festivals and when he errs, they are ready to load money in cars and go round the country to bribe, rationalize and justify his actions or statements.

Businessmen had to run to him with cash in bags or donate cars and other gifts.

Families and communities gifted him hectares of communal land even when he didn’t demand – it was a competition.

He cowed the population into silence, a community where one cannot even trust your own brother or sister and turn others into praise singers – that was the status quo.

There were so many Martins – men and women who were willing to use their position of power to mete out unimaginable things to their fellow Gambian just because they want to satisfy the leadership.

Those who were willing to divert checks donated by Taiwan for the health sector OR those budgets for roads and water, to give to Jammeh when requested or to just finance a music group from Senegal or film actors from Nigeria or Miss U.S.A without thinking of the poor dying each day in our hospitals and as a result of bad roads.

That was the status quo- one that we must all work to change and maintain an accountable society where people can ask questions. Where leaders can be questioned instead of endlessly celebrated for little things.

A country where citizens are honest, oriented to be critical minded and to believe in themselves.