Poverty kills a lot of talents 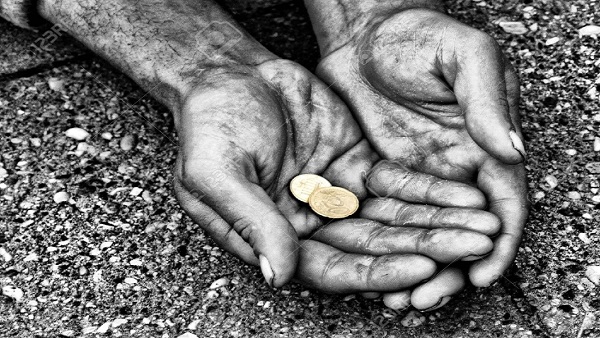 Some years ago, I lived in the Casamance for some months.

I worked at a small hotel, and I was called “Boss Lady”, a title I quite enjoyed. Not because I was bossy, but because I enjoy being a leader.

A teacher (as I am) is one kind of leader, and as such you need to be able to get through to your students no matter how hard it can appear sometimes.

Many women avoid leadership, they say that they don’t want to take that responsibility.

I actually don’t think that the responsibility part of it is the problem, instead it is the fear of not being liked.

This is still a fact.

Female leaders have to show that they are twice as qualified as the male and that can be exhausting.

Female leaders are not only judged for their leadership, but also for their social skills and their looks.

How often do we read comments in an article about a male leader’s handsomeness and how he is dressed? Have you ever read that our president made a speech and he seemed to have lost some weight so he looked more handsome than ever? No! No one cares about that, or even if they care they don’t comment on it.

The fear of not being liked, as a woman, lies deep in our nature. Women have, since the beginning of humanity, been responsible for holding the family and the group together.

Women have given birth, fed the family and cared for the elderly in all times. These require certain qualities and one of them is to be able to reach out to everyone.

If you can make people feel good around you, feel that they are cared for then they will like you. At the beginning of humanity we couldn’t cope on our own, we depended on the group.

Men belonged to the group too, of course, but the men were often out hunting and they could be away for a long time. During that time the women took care of everything and everyone.

We are created with certain skills, both men and women, but even if we have more female leaders today, we still expect the same things from them as of other women.

We still expect these women to accept the traditional role as a woman, even if she does the work that traditionally belongs to only men in the past.

We still expect these women to be mainly caring, comforting, keeping the family or the group together with all what it requires from a woman.

Only women know how hard it can be, what struggle it is to be questioned all the time because believe me – we are questioned! As soon as we wish to step out of the traditional role we are questioned – but not only by men, as we could believe.

Women are worse, female solidarity is hard to find and back-stabbing is a cross we have to be prepared to bear if we wish to step outside our traditional role.

Female leaders are not only questioned for their leadership but also for their looks and their social skills.

Is this fair? No, definitely not but keep this knowledge at the back of your mind the next time you wonder why we have so few female leaders.

Imagine that you are a man who is married to a woman who has made a great career.

Can you accept her as she is? Can you accept that she hasn’t cooked your favourite dish for a long time now? Do you get grumpy when you don’t find clean socks or ironed shirts in your wardrobe and you expect your wife to be in charge of that even if she works long hours outside the home?
Are you proud of your wife, do you support her decisions when your relatives question her? Does your mother complain about your wife and feel sorry for you that your spouse doesn’t take care of you as “every good woman” ought to do? Do you defend your wife and tell your mum that times have changed and nowadays couples share the work in the home? Are you even prepared to share that work when you see your exhausted wife come home after a long day at work? Do you offer your wife a cup of tea when she looks tired, or do you ignore that and expect her to feed you now when she gets home? Hmm, a lot of tough questions.

It’s not easy for women to make a career in any country, but it’s even harder in a poor country.

It doesn’t matter how clever the woman is, if she doesn’t have enough money to fulfill her dreams she is stuck with what she can get.

You might protest and say that the situation is the same for poor men, and you can be right, but still men are not forced to stay around the home all the time.

Men can leave their families and try their luck somewhere else, but it is harder for women.

In a patriarchal society men are in charge, no matter if they have the ability to be the leader or not.

Men simply have the benefit of being men, and they have a certain solidarity among themselves.

Stupid men can get away with a lot, dangerous men with almost anything. Boys get encouraged to be tough, speaking about emotions are for sissies.

In many cultures men are expected to hide their emotions, at least the softer ones.

Do we have a thought of where this will lead? A world where greed and self fulfillment are in focus will never become better.

A world where we deny others what we are craving for ourselves.

So many people and so many lost opportunities because of poverty. Solidarity is a word many despise, they connect it to the politics that is based on sharing.

I find it very strange that even people who claim to be pious, who can recite the holy scriptures no matter which religion, still live in a way that only benefits themselves.

This has always disgusted me.

When religion is only a matter of reciting the correct words in the correct moment, when it is about gestures, dress codes and praying in public so and so many times – that is disgusting. Be a good person – that is what all scriptures tell us, it is as easy and hard as that.

‘Sharing is caring’ is a motto we can hear from time to time. That is often written on social media when there is an important article people want to share with others.

Sharing is caring is very easy online because you only need to press your thumb on a screen and that’s it.

Sharing IRL (in real life) seems to be so much harder but it doesn’t need to be that way.

Sharing can be everything from a smile to buying some food for a beggar.

Sharing on a higher level can be deep going political decisions that changes a society for the better.

I always come back to those who have the power to develop a country.

For what purpose did they get elected? What did they promise before the election? How many of these promises did they keep after the election? What about The Gambia? How many more than our excellent warrior Madi Jobarteh are poking their fingers in the eyes of our leaders? You really need to come that close because if you stand at a distance the leaders won’t see you.

You need to be annoyingly close to get their attention, but how many of us has the courage to do that?
Sharing is caring! I could make a very long list of share and care, but I have a limited space for this article.

Let’s begin where life begins – at the maternity hospital. How many women in The Gambia have the ability to go there to give birth? They live far away from any kind of hospital, there are not enough ambulances to bring the women there if they are in a hurry.

The roads are in a very bad shape and during the raining season the roads are damaged by the flooding and it can be impossible to get anywhere at all.

Life is a sacred thing and every baby is a gift from God.

Is this how we handle His gifts?
We risk the lives of the mothers and babies because of greed.

Those in charge do not seem to understand the necessity of good infrastructure and professional health care because they are able to pay for it elsewhere.

They pay for it with the money of the poor people who elected them from their taxes and other levies.

Sharing is caring, so why don’t we care enough about the mothers and the vulnerable babies in The Gambia to make the beginning of new life secure? Life is sacred, a gift from God and this is how we handle it. Shame!
Not every childbirth goes well.

Sometimes the baby is born too early and needs special care.

I discuss this a lot with my daughter who works as a nurse at the neonatal ward at a large hospital.

She tells me about these extremely small and vulnerable babies that wouldn’t have survived without the professional care they get at the hospitals.

They are able to give them the care because of solidarity.

A part of our taxes go to health care, to pay the wages of our nurses and doctors.

The taxes pay for well-equipped hospitals where no one needs to pay extra for getting a better care than anyone else.

We don’t need to bring medication or a bandage with us to the hospital, all these are already paid for with our taxes.

No one gets bankrupt because they have to pay high hospital bills.

Sharing is caring so if everyone pays a little every month we would have enough to pay for the health care our people need.

A baby is born and a new life begins.

Some babies are lucky enough to have parents that never have to worry about their finances.

Other babies begin their life with being a burden for their parents.

It doesn’t matter how talented a child might be if it doesn’t get the right possibilities to develop its talents.

We need to fight poverty and we need to stand together in solidarity.

We must leave the old days behind us so we can develop a country where every person has the same value.

No more killed talents, no more spilled opportunities, fight for equality on all levels.