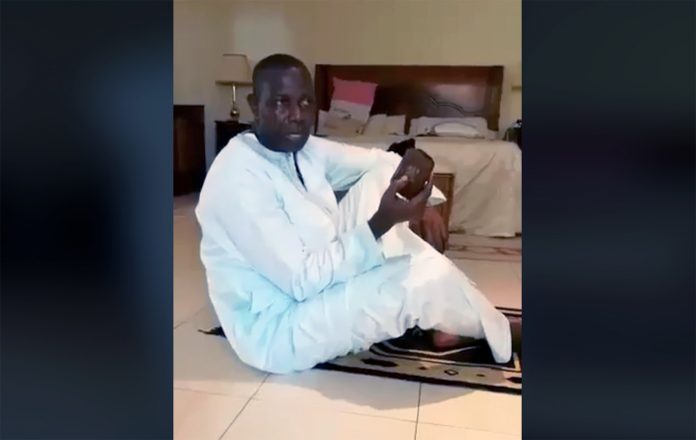 Former powerful army general and close aide of former President Yahya Jammeh, has vehemently denied allegations against him including conspiring with the December 30th 2014 coupists to topple Jammeh.

In a rather comical act,Saul Badjie, who is in exile in Equatorial Guinea with Jammeh and tops the wanted list for human rights abuses, appeared in a video holding the Qur’an, denying accusations against him and invoking God to judge between him and his detractors, who he claimed are tarnishing his character.
“I swear to God that the allegations against me that I was part of the December 30th coup, were not only false, but misleading. I have never conspired with anyone to topple Yahya Jammeh’s government,” Gen Badjie remarked.

Badjie admitted though that the only coup he had taken part in was the July 22nd, 1994 which toppled Sir Dawda Jawara’s 30-year rule.
“I might have wronged some people without knowing. If that is the case, I am seeking everyone’s forgiveness. I want to call on the people I had wronged in the past to please call me so that I could personally apologise to them. I am also open to dialogue and reconciliation,” an apologetic looking Badjie remarked.

He also denied playing a role to rig the 2016 election against Jammeh.
“If it is true that I conspired with the opposition to rig the past election, may God punish me; may God destroy me. I have never conspired with any opposition to rig the past accusing me of selling out to the opposition for God to judge between me and him. The same person has also alleged that I stole Jammeh’s trousers to give it to the opposition so that they could take it to a marabout for Jammeh to lose the election. That’s not true. I have never taken even Jammeh’s handkerchief or any property. I swear to God that if I am lying, may God punish me in the hereafter and right here on planet earth,” he said.