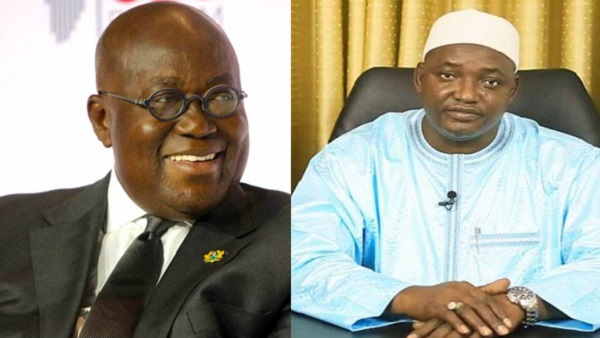 Ghanaian President Nana Akufo-Addo has said that following the testimonies by the soldiers on the 2005 massacre of West African migrants, he had spoken to President Barrow to ask that he takes action against the named perpetrators, to which Barrow asked for more time.

“Now these revelations that have come, basically it should be the Gambian authorities to instigate the trial. I have spoken to the president of the Gambia [Adama Barrow] on this matter and his attitude was ‘you know the position that we are in, things are quite new. We are still insecure; give me time,” he told journalists in Ghana on Friday.

He continued: “So, we will continue to work on it. Doing something here is to go and get hold of President Yahya Jammeh in Malabo and bring him here to Accra but unfortunately, I don’t have that kind of authority or power. But in making sure that the authorities in The Gambia try and do something in the Gambia, we will continue to stress it and talk to them about it. Hopefully, when they feel that the circumstances in their country and the stability they are seeking [are attained] they may be persuaded to act on the matter.”

President Akufo-Addo said he knew from his fact-finding visit to The Gambia in the wake of the killings that the Gambian authorities were complicit in the extrajudicial killings.
“The people [the migrants] who are involved were killed in The Gambia. When I went to Gambia in 2005 to establish the circumstances, I came away with a clear understanding that there was complicity on the part of then Gambian authorities in what had been done. It was then difficult because the power arrangement did not permit the full investigation. That was my clear understanding and I made the report to the parliament,” he noted.