GMC says Sidibeh resigned to save his brother’s job 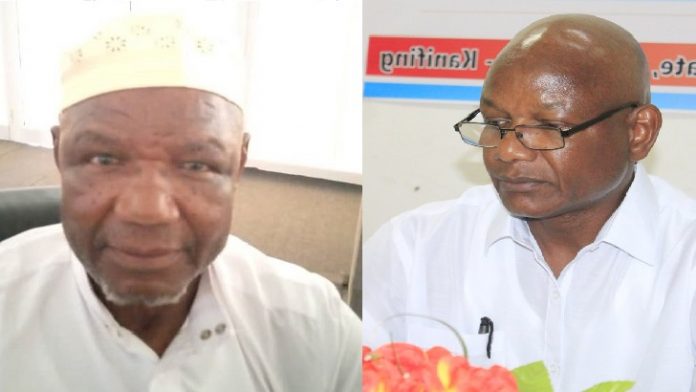 The leader of the Gambia Moral Congress has said his party’s former administrative secretary Momodou Sidideh resigned because of his brother, Hadrameh Sidibeh’s status as a minister.

The former GMC executive member responsible for constitutional matters and discipline said his resignation was prompted by the fact that the GMC is no longer part of the coalition.

However Mai Fatty explained: “His first reason, according to him, was family pressure. He said that his position as the head of his extended family has become untenable because of his support for GMC. He said he has been under unbearable pressure from his family because his younger brother Hadrameh Sidibeh is a Cabinet minister in President Barrow’s government. According to him, the family is worried that his younger brother may lose his Cabinet position if he continues to support GMC.”

“His second reason, according to him was his poor performance as administrative secretary of GMC. He wrote to me that he felt his performance has fallen far below expectation and as such it’s better for him to give way to a more competent person. He believes I kept him there inspite of his poor delivery due to my respect for him and he wanted to release me from that burden. His third reason, according to him was the shame and disgrace he felt within the party for his inability to recruit even one person to join the party,” Fatty said.

“Therefore, due to his age and lack of capacity to add value, he will resign and enjoy the rest of his retirement at home. He promised me that he is with me deep in his heart and prayed for me. Everything I said here, thankfully, are expressed in his written communication to me. So to give different reasons afterwards publicly is doubtful. I don’t believe those were his words because the Momodou Sidibeh that I know will not go and tell lies. He didn’t share these reasons with me alone, he pleaded them to other members as well. I still question those reasons attributed to him”.

He said even if those statements could be attributed to Sidibeh, “it is his constitutional right to do so. However, in that case it would be wrong, immoral and opportunistic to aver other reasons completely different from what he gave us. Nonetheless, he is my teacher, and I have great respect for him.”

“It is also important to note that a week ago, I reassigned him from representing the Party in our dealings with outside agencies because of his repeated failure to produce reports. I also directed that he should not attend seminars, workshops or external meetings on behalf of GMC because for the past two years, he has failed to submit reports after attending programs on our behalf, despite repeated demands for him to do so. Following the Congress, and with the on-going restructuring, I reassigned him from the position of Admin Secretary to a more symbolic role within the Party,” he added.