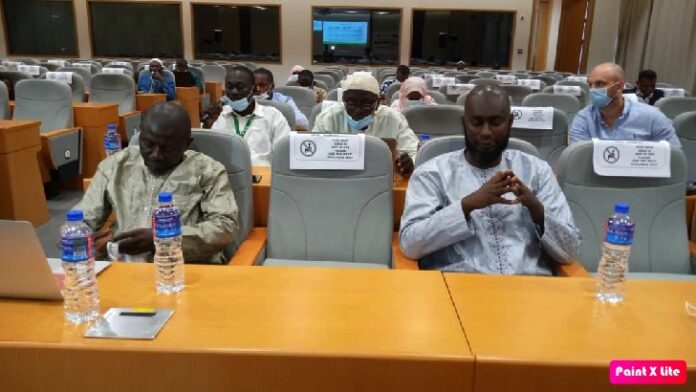 The Gambia government has taken additional and equally important steps to address the effects of climate change with the validation of a $300 million climate change resilience project.

The project is dubbed NDP Flagship Project: Enabling environment for building climate resilience will be implemented by the Ministry of Environment Climate & Natural Resources.

The SPCR is a 25-year strategic investment plan focus on building resilience to the impacts of climate change by supporting adaptation and mitigation across all the sectors of the Gambia. The SPCR contains four programmes each with numerous concept notes and a total budget of over $300 million.

The Ministry has also established a National Climate Change Committee and efforts are underway to submit its 3rd national communications. The first programme under the SPCR is developing the enabling environment for climate resilience which has been selected as the flagship intervention in the current NDP.

As part of the project’s activities, a concept note was developed into a full proposal by the consultancy firm AGRER B.V to enable the government apply for funding of the project in order to work on the creation of an enabling environment that would help government achieve its climate and developmental goals.

The document has since been completed and reviewed with some key experts locally.

The validation, which was the final step, was done last Thursday at the Sir Dawda Kairaba Jawara International Conference Centre. The ministry is now expected to begin resource mobilisation for the full implementation of the project.

The global climate has been changing at an unprecedented rate with the African continent identified as one of the most vulnerable continents to climatic effects. The effects of climate change in Africa are further amplified by the lack of adequate finances and technical knowledge to actively adapt to the changing environment.

“The Gambia is widely acknowledged as one of the most vulnerable countries in Africa to the impacts of climate change, having experienced natural disasters including drought related crop failures and floods which impact on the health and food security of the country,” the environment ministry’s PS Momodou Mbye Jabang said at the validation.

The PS said the low-lying nature of the Gambian coastline, especially Banjul which is less than 1m above sea level, “makes the country highly vulnerable to the impacts of coastal erosion and sea level rise (SLR.”

“The longer-term impacts of climate change on our communities and their livelihoods, as well as the increased frequency and severity of extreme weather events expose many urban and rural settlements to a wide range of risks, they are often ill-equipped to handle,” he said.

He said Gambia was recently praised in France for presenting the most ambitious NDC’s from a developing country and was rated “1.5 °C Paris Agreement compatible”.

“As a follow up to the preparation of the climate change investment plan, the ministry of environment with the support of AFDB and WB funding has developed a concept note which seeks to create an enabling environment for building climate resilience in the Gambia,” PS Jabang said.

He said a concept note was developed by a consultancy firm from Belgium “into a full proposal with the purpose of putting in place an enhanced enabling environment for achieving low emissions, climate resilient development in The Gambia.”

The proposal, he added, has five components with the first focusing on policy, legislative and institutional review and development with regards to climate change.

“The second component seeks to enhance the mobilisation of climate finance, whilst the third seeks to establish institutionalised climate change research, capacity development and communication,” he said.

Jabang said the fourth component seeks to continue the investments on climate services and systems started under the early warning project Phases 1 and 2 under which much success has been registered such as the translation of meteorological terms into local languages, the creation of Radio listening groups around the 14 pilot sites and the support to the national radio and regional community radios to ease the transmission of climate-related information.

The fifth component will seek to develop the climate resilience monitoring, evaluation and reporting system which will outline the progress being made in the implementation.

It will also build institutions and human resources capacity of the hydro-meteorological.

The ministry of environment will be responsible of oversight of the project to ensure “there is synergy with national CC policies, strategies, programs and projects.”

He said increased urbanisation and uncontrolled settlements along natural waterways have impounded the challenges of climate change.

“Significant changes will be needed especially on how government is handling issues of climate change,” PS Jabang said.

A study on the country’s risk to climate change reveals that a paucity of literature on anthropogenic climate change and impacts on both the ecosystems and human wellbeing are lacking in the Gambia.

The study projections of future climate in the Gambia reported in the First National Communication and referenced by many others are based on just one analysis. The analysis indicated that average temperature in the Gambia will increase between 3 and 4.5oC, bringing with it an increase in potential evapotranspiration by the year 2075.

With respect to projected rainfall, GCM model outcomes vary widely between – 59% and +29% of the 1951-1990 average of 850mm per annum(GOTG 2003). Regional GCM analyses comparing Surface Air Temperature (SAT) to those of the surrounding oceans projected annual rainfall to increase between 25% and 50% across the viii Sahara by the year 2080 (Haarsm, Selten et al. 2005).

Although there is a general consensus that anthropogenic activities such as changes in land cover affect Sahel rainfall, little quantitative data exists that measure these influences at the local level.

As to whether or not future anthropogenic changes in land use and land cover will counteract the simulated increase in Sahel rainfall, this is still an open question. The general findings of the First National Communication analysis include increased upstream migration of saltwater, increased salinization of coastal ecosystems, reduction in yield of major crops and receding coastline.

Overall predicted climate change and variability will present important short-term and long-term challenges to development efforts in the Gambia. In the short-term extreme climate events including windstorms, rainstorms, droughts and dust storms will become more frequent with increased severity.

Land use and land cover change, sea level rise, and coastal erosion present significant long-term challenges. Windstorms are common phenomena in the Gambia, particularly at the beginning and towards the end of the rainy season. Overall windstorms account for most damage to properties in rural areas.

As woodland degradation and land use change denude the landscape, windstorms could become even more severe, resulting in even greater loss of life and property. Floods and storm water runoff are most common in urban areas. Inadequate storm water management systems and lack of adherence to land use zoning regulations have increased the frequency and severity of flooding in urban areas and the resulting loss of human life and property damage they cause.

Although catastrophic seasonal floods are rare in the Gambia, the risks of are nevertheless present. As extreme weather events become more frequent due to climate change, so do the likelihood of catastrophic seasonal floods like those seen in Pakistan (2010); Ghana, Benin and Burkina Faso (2010); and Queensland, Australia (2011). Because The Gambia has about 30 % of the country at or below 10 m above sea level, such floods would be cataclysmic of unimagined consequences.

Sea level rise and coastal erosion present serious long-term challenges to Gambia’s development. There is consensus that climate change could result in up to 1 m rise in the sea level. The Gambia is primarily low-lying and a 1 m rise in sea level could potentially inundate over 8% of the country’s land area.

This includes over 61% of current mangroves, 33% of swamps, and over 20% of current lowland rice growing areas. The inundation could effectively drown over 50% of the capital city of Banjul (rendering it virtually uninhabitable) and the towns of Barra, Jangjabureh and Kuntaur, together with the Port of Banjul, all ferry terminals, and harbour landings along the River Gambia. Sea level rise could result in the salinization of shallow coastal aquifers, the primary source of portable water for the urban Gambia. Impacts of sea level rise would be compounded by coastal erosion along the 80km coastline, with potentially negative effects on the tourism industry, which is critical to the economy of the Gambia.

Droughts. One of the major challenges posed by future global climate change in the western Sahel region in general and The Gambia in particular is increased frequency and severity of drought events.

Direct impacts of frequent persistent droughts include ecosystem desiccation through increased salinization in freshwater wetland and mangrove ecosystems, loss of productivity in croplands, saltwater intrusion up the river, deforestation, and loss of productivity and biodiversity in woodland ecosystems as a result of wildfires and land use change. More than 99% of croplands in ix the Gambia are entirely rain-fed.