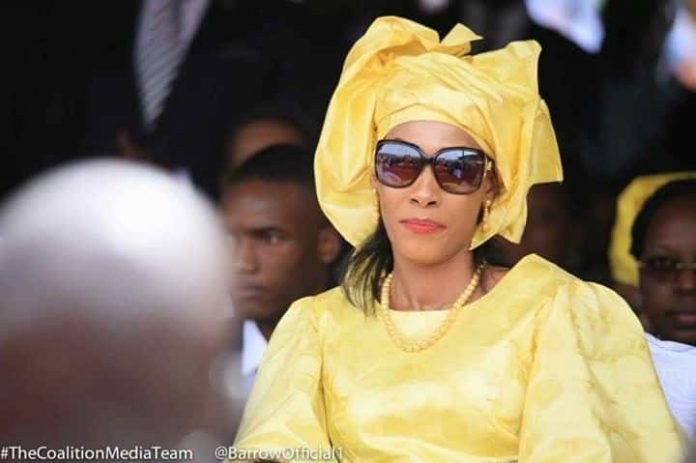 Maimuna Darboe-Ceesay, a member of the Fatoumatta Bah Barrow Foundation, has called on government to clear the First Lady’s name over the D33M allegedly transferred by a Hong Kong private bank to a Guaranty Trust Bank account held by her foundation.

When reports surfaced that $752,544.42 dollars, equivalent to 33 million dalasis, was transferred into the Foundation’s Guaranty Trust Bank account back in 2017, it sparked outrage among Gambians who demanded explanation.

The board of directors managing the First Lady’s Foundation initially said they have no clue about the money but later said they would investigate.

However, speaking at a meeting in the US attended by the First Lady, and a cross section of Gambians, Madame Darboe-Ceesay said government should explain the situation because the money was meant to facilitate the travel of the president.

“They should explain that to Gambians to clear the name of the First Lady,” she said.

She further explained that the government requested for the money to be transferred into her account so that they could access it on time because the President was due to travel and the government said if the money was sent through the Central Bank it would have to spend three working days before they could access it. “They used her account so that they can access the money,” she said.

She said neither the First Lady nor her family members spent a single butut from that money.

“The government should come out and clear the First Lady’s name.

They should not be quiet and allow people to tarnish her image.

She is a very pious and honest woman; she would not partake in anything that is illegal.

If we cannot say thank you to her we should not tarnish her image,” she said.

The Fatoumatta Bah Barrow Foundation is a charity organisation that supports poor communities, disadvantaged women, youths, children and vulnerable groups in The Gambia.