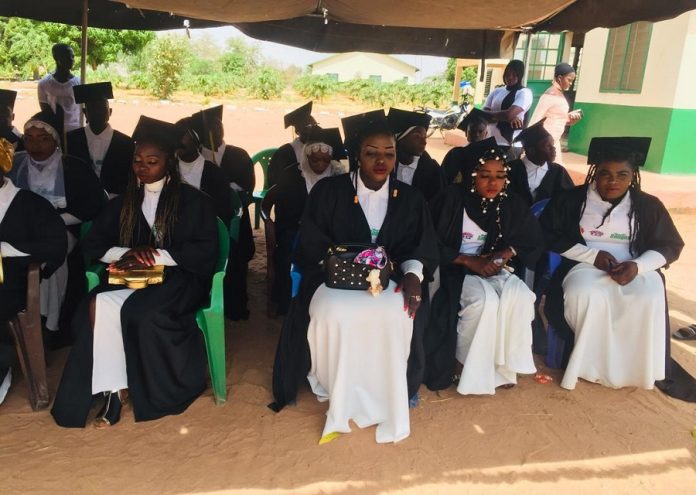 Saikou E Jammeh, the director general at the Department of Agriculture, said The Gambia Government has updated the agricultural policy to create enabling environment for a private sector led-agricultural growth and transformation to avoid incoherent and fragmented policies.

DG Sanyang made this remark at the graduation ceremony of 38 trainees of the Gambia Songhai Initiative held in Chamen, North Bank Region.
He said agriculture still remains as the driving force of economic growth in The Gambia contributing about 34 percent of the GDP.

For his part, Hadrammeh Sidibeh, the Minister of Youth and Sports said the Songhai Gambia Initiative project is designed to tackle growing youth unemployment and increasing poverty among rural populations of The Gambia. He said it was developed against the growing need to transform the agricultural sector into a productive, efficient, sustainable and remunerative enterprise, especially among youth, and to tackle the multiple challenges of food insecurity, environmental degradation and youth unemployment.

“Through the support of UNDP and in partnership with the Songhai regional centre and the Ministry of Youth and Sports in The Gambia, the project was launched in February 2015 and since then has achieved a lot of success stories,” Sidibeh said.

He pointed out that, the project has trained over 200 youth since its inception adding that this year, the gender gap was being closed by graduating 16 females and 22 males and that the number of students has increased from 40 to 80 (40 males and 40 females) for the 2020 batch.

He said the Songhai development model is to create rural cities to stem rural migration through an integrated agriculture linked to industrialisation and service provision thereby making farming a viable proposition for the youths, creating jobs and sustainable livelihood.

Abdou Touray, representing the UNDP country representative said Africa is experiencing rapid and substantial changes in the size of its population, particularly the youthful component. He said according to UNDESA (2015), it is estimated that up to 235 million youth (15-24 years) were living in Africa in 2016,which accounts for approximately 19 percent of the global youth population.
“Africa has the youngest population and the highest youth unemployment rate (60 percent) in the world.