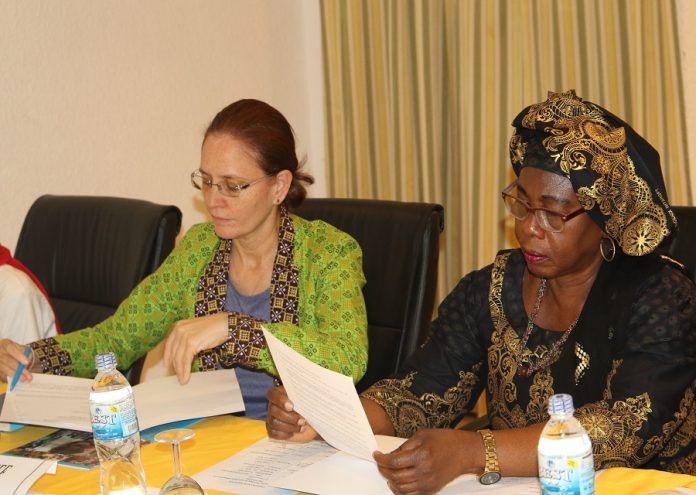 (Unicef The Gambia) – The vice president Dr Isatou Touray on Friday, January 24th, 2020 led the signing of a declaration to end open defecation in The Gambia. The pledge was also signed by staff and the country representative of Unicef, The Gambia, Sandra Lattouf, the ministers of Health and the Environment, Dr Ahmadou Lamin Samateh and Lamin Dibba, respectively, the Speaker of the Children’s National Assembly, Sarata Ceesay, and several other government officials and partners.

The historic pledge came two days after The Gambia Government and UN partners launched the Decade of Action in The Gambia – a 10-year period of accelerated effort and stronger action to achieve the Sustainable Development Goals (SDGs). The declaration also shows the government’s commitment to achieve SDG 6 – Clean Water and Sanitation.
“I believe it is time for all of us to collectively stand against open defecation in this country in our various capacities,” Vice President Dr Isatou Touray said. “All of us here should speak to the rest of the Gambians and non-Gambians with a unified voice, that… sanitation for all is achievable.”

The landmark event took place at the national consultative meeting to End Open Defecation in The Gambia, a major convergence of stakeholders in Kololi.

As a key partner in the national drive to end open defecation in The Gambia, Unicef, in recent years, has invested huge amounts of resources to support the government in this endeavour.

“At Unicef, we strongly believe in partnership,” said Sandra Lattouf, “A great example of such partnership is our work on open defecation. About 99 percent of the Gambian population is open defecation free. This is a major achievement that we should all celebrate.”

The Unicef Country Representative called for broader partnership, including the active participation of the private sector and local communities, to end open defecation in The Gambia. She warned that the practice has serious health and economic implications for children and their families. 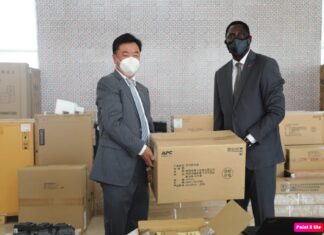