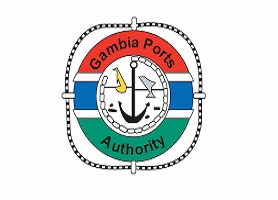 The management of Gambia Ports Authority has explained that the controversial acquisitions of Half Die properties formed part of the Port expansion project and that the area was earmarked by Government as natural expansion of the Port on the land side.
“The first phase was acquired in 2012 and this current acquisition is called the Basic Yard Extension Phase II,” GPA PRO Lamin Sanyang told The Standard yesterday.
He said GPA has already recruited an independent consulting firm to undertake the evaluation exercise with a view to arriving at a basis to guide the negotiation with the property owners for the eventual acquisition.

A total number of 34 compounds in Half-Die, Banjul, were affected by the Gambia Ports Authority’s 3rd expansion project in 2007 and the recent expansion has also sparked massive controversy.
“Property owners are normally compensated for both the land and the structures on them, however the Banjul properties are freehold and should be acquired in this manner and the acquisition process is guided by best practice for the relocation of residents. During the first Phase, property owners were allocated alternative plots of land to enable the families construct dwelling houses,” he explained.

He disclosed that other economic operators within the affected areas had also been compensated for loss of earning over a given period with a view to alleviating their hardship.
“Overall, the acquisition of properties and relocation of residents in order to arrive at a settlement that will compensate owners while allowing for Port extension is underway,” he added.