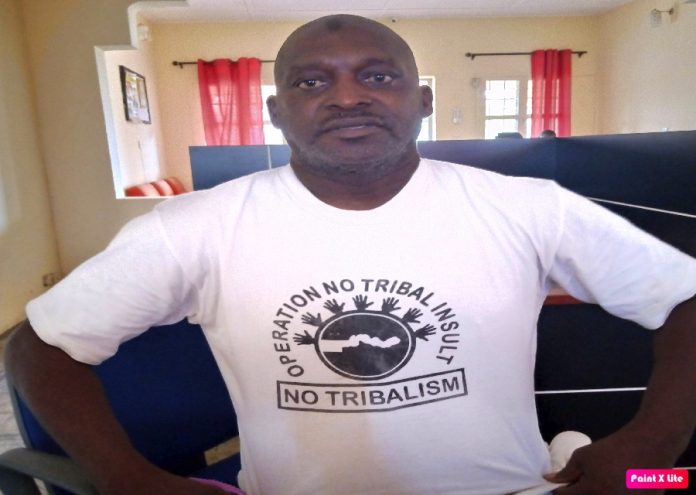 Operation No To Tribalism, a non-partisan movement formed by Gambians from all walks of life, has vowed to tackle tribalism and tribal insults through facilitating prosecution of people found wanting.

“We know it will be very difficult to wipe out tribalism entirely at one go but tribal insults will have to stop. We have set up ourselves as the foot soldiers against this dangerous act and we are ready to destroy anybody or any group that engages in this bad habit. When we catch anyone in the act, our lawyers will take you to court,” the movement’s chairman Kebba Ceesay, told The Standard.

Mr Ceesay, who has been at the fore front of the advocacy, said the movement will consult government to ensure it liaises with other governments for possible prosecution of people who use bases outside The Gambia as sanctuary to propagate tribal insults.

Ceesay said political rivalries that have increasingly taken an ethnic hue in the country, if left unchecked, risk alienation of a segment of society and laying the groundwork for  problems.

“We have already discussed this with the police and other security forces. They have all assured us their unflinching support. Even the country’s security forces are worried that if the current situation is allowed to persist, it could destabilise our co-existence. We don’t want a situation like what happened in Rwanda,” he added.

He said the movement’s dream is to create a Gambian who will only be proud of being a Gambian and not a tribe.

“It is only when we see only country that we will be able to foster mutual relations amongst ourselves. This is a responsibility we feel like taking to play our role in maintaining peace and stability in this country,” he said.

He appealed to government and philanthropists to help the movement’s campaign with T-shirts.

Also sharing his opinion on the matter, a UK-based Gambian academic who spoke to The Standard on the basis of anonymity, said those who liberated the country from British rule failed to forge the different ethnic groups into a state whose citizens would identify themselves as Gambians first and only.

“I will take Zambia as an example – The country has approximately 10 million inhabitants and a rich cultural diversity with 73 different indigenous languages. But despite being sorted into a fixed number of tribes by the British, when the country gained its independence in 1964, the challenge was how to forge these different ethnic groups into a nation-state whose citizens would be identified as Zambians.”

He said the country’s first president, Kenneth Kaunda, made a point of establishing policies and using tools that would promote nation-building, as reflected in the popular slogan One Zambia, One Nation.

“Several factors reinforced the common national experience across the cultural spectrum. Unfortunately, that was not the case with The Gambia – this is why we continue to identify ourselves with our tribes,” he said.