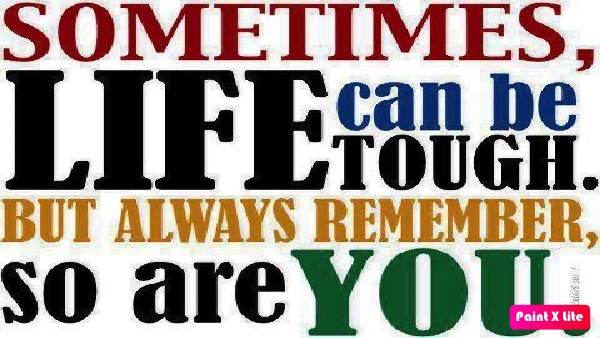 I am a member of an organisation called Afrika-grupperna (the Africa groups).

Today I got our member booklet by mail and I read a post from a woman called Anna Ushamba. It wasn’t said which African country she is from, but it doesn’t matter in this context because her message touches us all. I wish to share with you what Anna Ushumba wrote:

“We need a feminist language!

But what is a feminist language?

An expression of the deep yearnings from the heart, of things that matter to us. A language that is visible and able to convict those that pretend not to hear us.

Why do they not hear us?

They have built walls around themselves and therefore cannon see or hear us.

How do we break the wall?

Through collectively dismantling the wall but also building spaces where we hold each other up.

Let us build a language that defines us;

A language that connects and hold us together.

A language that denotes humanity.

A language that speaks to timeless truths.

A language that bridges the conceptual and reality.

A language that bridges the past and present.

A language that questions names that are forced upon us.

A language that expresses our being.”

During all times women have had the hard task of providing for their families. A mother can have one baby in her womb and another on her back. She also has several children in different ages, not only her biological children but also in her extended family. No matter how tired or sick she is, she is still supposed to cook, clean and wash for the family. A mother never has the luxury of sitting in the shade, waiting for someone to cook for her and then come and serve her a meal. All these things that a man can take for granted are almost never allowed for a woman.

A man can complain about the food, that it is not good enough, not enough food to make him full or that there is no variation of the meals. As a woman I know how much work there is behind every meal. I am blessed to have access to an electrical stove, and I have a fridge and freezer in my kitchen. Still it takes about 1.5 hour to cook a meal. I haven’t always had this luxury so I know how much time it takes to cook on a wooden stove, being under equipped and trying to cook a nice meal with a few, poor ingredients. The kind of wooden stove I used was of the same height as an electrical one, but all of us know how many women who have to be sitting on the ground. This hurts their knees and is very uncomfortable, the small coal burners are also dangerous. It is too easy for a small child to come close to it and burn themselves.

Why am I speaking about all this? Because food is one of our basic needs, as human beings. Growing vegetables, working hard on a piece of land is mostly a woman’s job. She is working there for several hours every day, the sun is burning and the heat is exhausting. She has her baby on her back, it is heavy and it pains her. The problem with women’s work is that not enough people valuate it as they should. People are used to see women working this hard and they take it for granted.

During the pandemic life has become even harder than before. The lockdown is protecting us, but at the same time it is making life harder than ever. Many families depend on the little money the women can earn by selling vegetables and fruits at the market or at some street corner.

The lockdown has made the competition between the sellers worse than ever. A lot of women sell fruit drinks for tourists, but will there be a tourist season this year? What happens to all those who depend on the small income from markets and tourists? Has the government helped them in any way? How will all these women, who are supposed to provide for their families, be able to do that now?

It is hard, normally, but now it’s so much worse. Has our big-belly president thought of all the starving families even for a second? I don’t think he has, because it is obvious that he doesn’t care about any of you.

He is expecting to be re-elected and those who are in favour of that are those who have something to gain from his staying in power. Don’t fool yourself for a minute and believe that life will become better under our current regime. They have had plenty of time to achieve a lot for The Gambia, but not much has happened so far.

When life is hard, and the children are crying for food, it is tempting for men to leave the “battlefield”. It is also easy for men to take our their frustration on their wives and children. The rate of domestic violence has increased during this Covid-19 pandemic.

“For many women and girls, the threat looms largest where they should be safest. In their own homes. We know lockdowns and quarantines are essential to suppressing COVID-19. But they can trap women with abusive partners,” the UN Secretary-General António Guterres said.

The United Nations Entity for Gender Equality and the Empowerment of Women (UN Women) says that domestic violence was already one of the greatest human rights violations. Some 243 million women and girls (aged 15-49) have been subjected to sexual or physical violence by an intimate partner in the last 12 months, Executive Director Phumzile Mlambo-Ngcuka wrote on 6 April.

”As the Covid-19 pandemic continues, this number is likely to grow,” she said.

Increases in interpersonal violence during times of crisis are well documented. But wide underreporting has made response and data gathering a challenge, with less than 40 per cent of women who experience violence seeking any help or reporting the crime.  Of those women who do seek help, less than 10 per cent go to the police.

I know that some women still believe that a man is not a real man if he can’t physically punish his woman. Too many men believe that too, but does this mean that it is right? When times are hard, we should show larger solidarity and care more about each other than before. Is that really so hard? No, it’s not, but what we need is to skip the cave men mentality and change our mindset. It’s enough with the times being hard, we don’t have to be that too.

How many times have you been part of spreading rumours? Oh, dear, that was a tough question that might make your cheeks warm of...
Read more
Aicha; Tales from Sweden

A president is supposed to be a part of the country he is leading. He should keep an ear to the ground (not literally)...
Read more
Aicha; Tales from Sweden

Once again we have got a proof of the huge mistake of placing someone in a leading position in the society just because that...
Read more
- Advertisment -