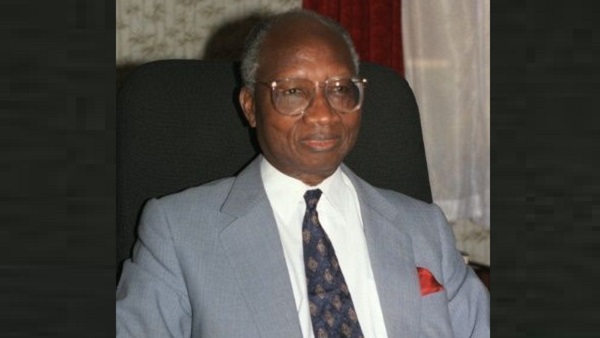 The Secretary General of the People’s Progressive Party yesterday issued a statement to mark one-year after the death of former president Sir Dawda Kairaba Jawara.

Papa Njie said: “In observing the first commemoration of the passing away of the late Alhaji Sir Dawda Kairaba Jawara, former President of the Republic of The Gambia and one of the founding fathers of our independence, the entire PPP membership pray for Allah the Almighty to grant him the highest Jannah. As one of the founding fathers of our country’s independence and its leader for several years, we also pray for his laudable legacy to continue to be cherished and preserved by all sons and daughters of The Gambia. As a nation, we should continue to draw inspiration from his enlightened leadership, especially at this time when the county is at a crossroads.”

The former Gambian president died on 27 August last year at the age of 95.

The PPP leader said Jawara had proved to be a father-figure, a unifier and a true democrat during his time as president.

“The late Jawara was a staunch advocate for the rule of law and the strict observance of human rights, not only at home but also all over the world. As the saying goes, the greatness of a country does not depend on its size, but on the quality of its leadership and the national character of its people,” Njie added.

The party also expressed gratitude to President Barrow, his government, members of parliament and Gambians in general for according the former leader a befitting state funeral.

“We appreciate government decision to name the International Conference Center after him and the proposed building of a museum in his honor. With these noble gestures, his legacy, which includes one of the best, if not the best civil servant in Africa that we are all proud of, will be preserved for prosperity,” he said.