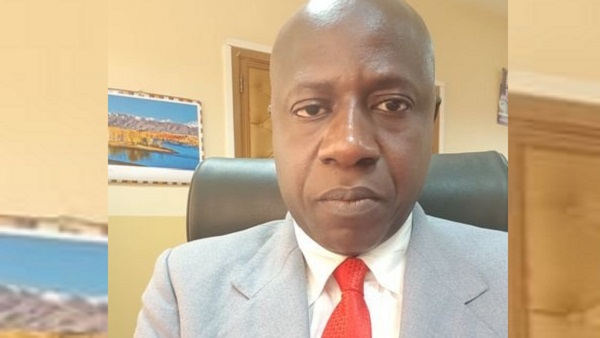 A war of words has flared up between the national broadcaster GRTS and private channel QTV over last Tuesday’s Independence anniversary celebrations coverage.
As it is customary during state functions, all video and audio broadcasts are done by GRTS which feeds other outlets including QTV.

However, according to the national broadcaster, QTV had written misleading announcements on their news bar which they scrolled throughout the programme reading: “We are experiencing difficulties with the video from GRTS from Banjul”. GRTS said this was aimed at discrediting the state broadcaster.

Last night the national broadcaster came with a strong rebuttal and demanded QTV to withdraw its “unfounded accusation” without delay. The full rebuttal is printed below:
“The Gambia Radio and Television Services has learnt with utter dismay the ludicrous accusations levied [sic] against the national broadcaster for its alleged ‘persistent signal disruption’ during the broadcast of the 55th Anniversary Celebrations of the country’s independence.

These accusations are not only misleading, but undermine the very standards upon which all professional media institutions operate. Even though some individuals reported a momentary interruption of signals during the President’s speech, it is axiomatic that GRTS successfully executed the entire independence coverage in a flawless fashion, in line with our national obligations as well as provide clean and uninterrupted feed to other media houses.

“It might interest you to know that aside from QTV, GRTS provided the same feed from the same port to Paradise TV, STAR TV and Eye Africa TV but none of these media houses have issues with either the quality of our broadcast feed neither did they experience the problems alleged by QTV in the feeds they received from us. Therefore, for QTV to use their platform to ungratefully levy [sic] such malicious and ill-conceived technical blames on the national broadcaster with the apparent objective of discrediting them is both outrageous and unacceptable. GRTS hereby debunks with alacrity these accusations as ludicrously lugubrious, malicious, baseless and indeed worrying. Such malfeasance defeats the ideals of fair and open competition and partnership, which has always been the bedrock of our relationship with all media houses.

“GRTS would like to place on record that since the liberalisation of the broadcast industry by the Barrow government, it has always strived to fulfill its corporate mandate of educating and informing the citizenry through the coverage of state and other important national events, as well as availing other media houses including QTV unfettered access to high quality feeds without charges or any conditionalities. For QTV to therefore disregard this cordial and fruitful engagement on our side and decide to misrepresent the facts on just one event, as a way of directing undue public attention to the state broadcaster, on the pretext of earning favours on their capabilities to operate at state events independent of the state broadcaster, is very disappointing to say the least. QTV must understand that GRTS belongs to the Gambian people and is within every capacity to cover events of every standard and cannot be denied its rightful position of must-carry on all national events and programmes.

“In view of the foregoing, GRTS calls on the authorities of QTV to withdraw their unfounded accusations without delay and desist from practices that have the potential of sowing discord and rivalry in our relationship. The state broadcaster hopes that such behaviours will cease henceforth and all of us will continue working together in peace and harmony towards the welfare of our respective audiences in the spirit of genuine partnership. This is the only way we can all contribute towards our individual development as well as the development of our beloved country, The Gambia.”
The Standard was unable to elicit a comment from QTV officials up to the time of going to press.