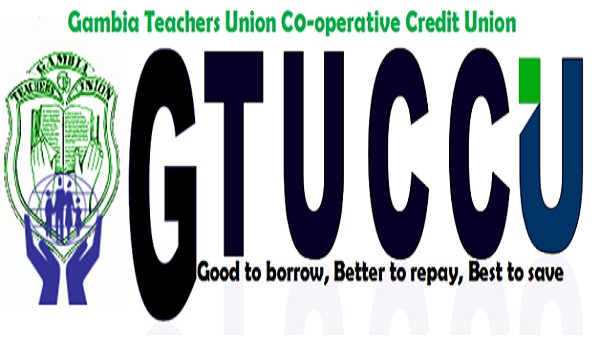 The Gambia Teachers’ Union Co-operative Credit Union’s financial asset is more than one billion dalasi, according to Abdoukarim Sey, and there is no commercial bank in the country bigger than it.
Sey, who is the chairman of the board of directors said: “Our portfolio is over 1 billion dalasi (21 million dollars). Apart from the teachers house in Kanifing, we are running seven regional offices – five of which are teacher house edifices, we have 118 staff (60 of which are technicians and graduates), over 50 million total share and 16 million total reserves owned by 27,000 members,” he revealed.

Sey made the revelation Saturday at the GTUCCU farewell ceremony for Michael Mchugh, the outgoing CEO of the Irish National Teachers Organisation (INTO)- who he said has helped tremendously to register these successes by the GTUCCU.
The chairman also told his colleagues to be proud of the GTUCCU, which he said is the tenth largest credit union in Africa.
He said: “If you are tenth star of a continental team, you have to maintain the standard of being a star player.

“Today we are cherished by sister credit unions in the continent on our service delivery to our members. We hosted the Tanzanian credit unions apex body – a delegation on study tour including their registrar of cooperative and staff.
“These theories were not made possible without Baboucarr O Joof and Michael Mchugh.”
He further expressed gratitude to Michael, saying because of him for the past ten years, the GTUCCU did not buy computer (s) since 50 were provided by him and his team in Ireland.

“Michael Mchugh came at a time when we are not sure of the realisation of our dream,” he concluded.
The GTUCCU is a registered credit union and affiliated to Naccug. The members are predominantly members of the Gambia Teachers’ Union and officers of the Ministry of Basic and Secondary Education and Ministry of Higher Education Research, Science and Technology and all those who are within the education sector including their offsprings.