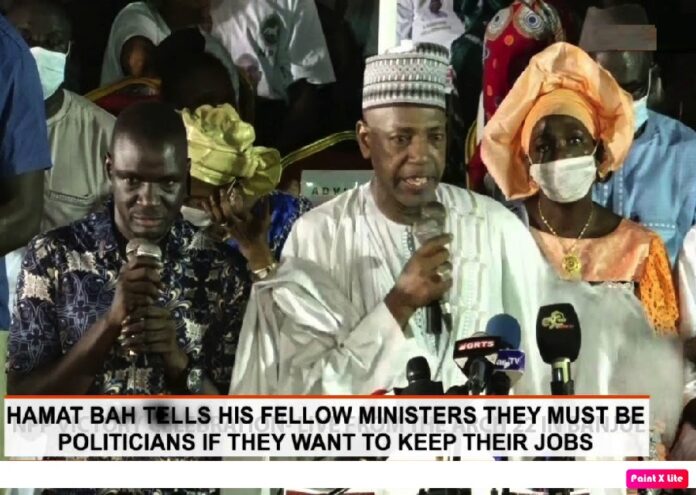 Following yesterday’s publication titled Hamat warns ministers to support Barrow’s political agenda or be sacked, Tourism minister Hamat Bah has said though he has said cabinet ministers should do politics or consider losing their job he did not specially said they would be sacked.

“Sacking is the prerogative of the president and not me,” Mr Bah said.