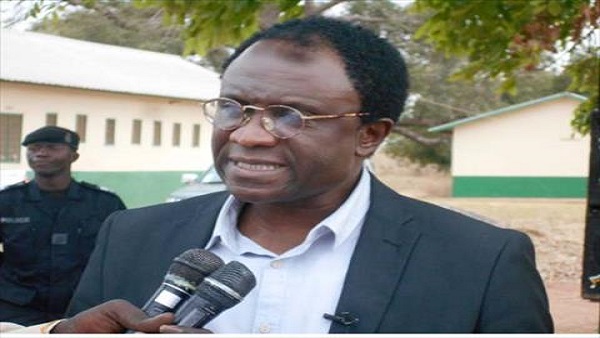 The Gambia People’s Democratic Party (GPDP) leader, Henry Gomez has urged his fellow politicians against encouraging divisive politics ahead of the December poll.

Gomez, who is also a presidential adviser on youth matters, was addressing congress delegates on Saturday at Mansakonko in LRR, which elected a new executive.

“Divisive politics has no place in The Gambia and must not be condoned by any genuine or patriotic Gambian who wishes this country well. It is important to note that this country is ours and as politicians, it is important that we collectively preach mutual coexistence,” he told delegates.

“I urge all of you to stop using social to castigate your fellow politicians – politics is about decency and maturity. Let us not under any circumstances undermine the peace we enjoy. Let us respect President Barrow. Let us not see him as a small president because there is no small president in this country. If you want to govern people tomorrow, you should allow yourself to be governed today,” he said.

This country, Gomez added, has gone through very rough times as revealed by the TRRC.

“Now we are glad to say that we are living in an environment where all political parties express themselves without being intimidated or suppressed. But I am of the view that we must not take advantage of that freedom to jeopardise the healing process. We must respect one another despite our different political beliefs,” he said.

“I want to appeal to my fellow Gambians to be law abiding. We must not under any circumstances instigate violence in this country. We must jealously safeguard the peace and stability the entire world envy us of and maintain the mantra of One Gambia, One People. We must not forget the troubles we all endured in the past.”

He said Gambians should give Barrow a second chance “so that he could finish his development projects.”

Gomez announced at the congress that his party will be backing President Barrow in 2021 and urged his supporters to secure voter’s card and vote for Barrow.

“I am supporting Barrow for this election but I want to make it emphatically clear that whenever he leaves office, I will take over the presidency from him,” he said.

He thanked the government for providing the enabling environment for all political parties to carry on with their activities without intimidation.

“I want to thank profoundly the Gambian people, all the political parties in the country must especially the NPP. I also wish to thank the Independent Electoral Commission for the tremendous service they continue to render without fear or favor. To our security services, I appreciate the good work you continue to render to the people,” he added.

The rest of the executive members are not immediately available to The Standard.