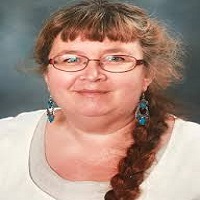 A parasite is an organism that lives on or in a host organism and gets its food from or at the expense of its host. There are three main classes of parasites that can cause disease in humans: protozoa, helminthes, and ectoparasites. These names are hard to pronounce and even harder to understand so let us skip them and look at the human versions instead.
Scientists put Latin labels on the phenomena they have discovered. Latin is an ancient language that is mostly used in the world of medicine. It is very practical, because then people use the same terms all over the world and don’t need to use a dictionary to find the words for bones, organs and organisms.

Why not put on our scientist hat for a while and make up some fake Latin words of our own to describe the human kinds of parasites? Let us play for a while!
I will begin with some short information for those of you who suffer from homophobia. The Latin word homo means human. Look at those two words and you see the similarity. English is a Latin language which means that it is based on this ancient language, as well as French and Spanish for example. Why am I explaining this, you wonder, while your mind is still boiling from my remark about homophobia? Because the word homo is used as an insult, but then you are actually insulting the whole human race – including yourself.

All of us are homos – humans, and it has nothing to do with our sexuality. If your mind is still boiling and you wonder If I am part of the LGTB movement and you refuse to read one more word…then you have to keep on wondering. I believe in God, I believe that He has created us and that he loves his creation. The problem is that we don’t love each other and treat each other with the respect we deserve. So, for those of you who still are reading: let’s play!

Homo presidentis – mostly a male, nesting in a large and beautifully decorated nest. Not necessarily bright, but admired by some who hatch nearby and who benefits from that. Homo presidentis is two-faced; he shows one to the other species and another to those closest to him. The face he shows publically is smiling, but behind the smile is a smirk. He knows that people consider him as untouchable, and by that he can get away with actions no one else is able to. He is well protected, likes luxury and good food. He is known for saving treasures in hidden places, for worse days to come.

Homo relativis – also called brothers, sisters, uncles, aunts, nephews, nieces, cousins and other people who just happen to stay at a place and no one knows why and are too shy to ask why. Extended family is a great phenomenom, as long as everyone contributes to the daily living – but we all know that that is not the case many times. Homo relativis turn up in someone else’s nest and stays there, expecting to be fed, bedded and respected. They come in the name of family, or friendship or even God, and the tradition forbids us to question that. The problem is that there is mostly one in each nest that feeds all the others who sit there with their mouths open, waiting to be fed.

Homo chinesis – comes from a land far, far away and seem to have landed for good in The Gambia. This specie comes with a lot of money, ideas and determination. He comes with greetings from the Homo presidentis of his own country, to our Homo presidentis,and our HP is so flattered by the attention he gets. Photographers are called to every meeting and photos are spread all over the media with two smiling male. The problem is that the smile of Homo chinsesis is actually a smirk, but not many are able to see that.

Homo gossipianas – mostly female. Can be seen in flocks, with their eyes wide open to scan the surroundings for interesting news. Homo gossipianas are beautiful, colourful in all weathers. They work hard, both with their bodies and their mouths. No work is so hard so it can make them stop discussing everything, I mean everything with each other. No news is too small or old to not be turned upside down and inside out. They see everything! Hear everything! Nothing gets unnoticed and it is impossible to hide anything from them. It would be better to use Homo gossipianas as bodyguards for Homo presidentis, they would not let anyone slip in where they don’t belong.

Homo taxi driveris – a dangerous specie, known for moving fast and without any concern about the surroundings. Some are even high, not tall, but high on stimulantia of some kind. Homo taxi driveris are seen in yellow and green vehicles, one more dented than the other. The vehicles come in different shapes, one more dirty and shabby than the other. If you are lucky there is a safety belt in the vehicle. If you are even more lucky the safety belt is on your side of the vehicle. If it is your lucky day, and you really must go and buy a ticket at the lottery if you have survived the journey, the safety belt is working and you don’t just have to hold it at your side, pretending that it is fastened. I think the drivers licences for Homo driveris come as a treat in the bottom of every box of cornflakes sold in the local supermarket. You don’t seem to need any knowledge about traffic rules or signs.

Instead you must be able to curse and shout at people in at least three languages.
I think I need to add another title to my list of qualifications; professor in Anthropology. After this long and deep study in the human nature, I have added some interesting news to the scientifical world. If I get the Nobel Price one day, remember that you read the study first!