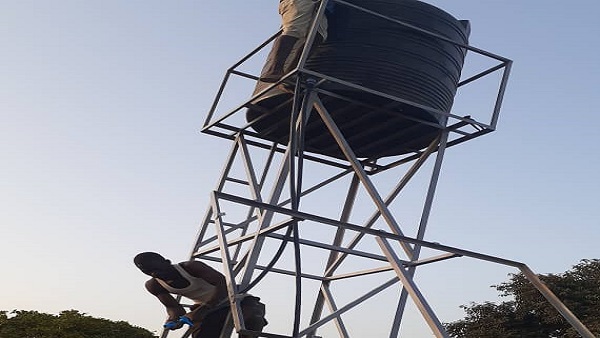 Taiba Welfare Foundation (TWF) a UK-based charitable organisation has recently invested over 160,000 dalasis to provide clean and healthy water for the community of Kunkujang Jattaya in Kombo North through the provision of a well.
The well is sponsored by Adnan Rajkhan.

Speaking, Ebrima Jarra, known as Uncle Charles, member of the association, said a new project has recently been developed to provide clean and healthy drinking water to the people of Kunkujang Jattaya and its surrounding villages.
He explained that the Ousman bin Affaan well project was launched 2 weeks ago and they are pleased to announce the completion of the first solar powered borehole in Kunkujang Jattaya village.

“Today is a great day in the history of TWF,” he said.
“The foundation’s main objective is to teach and to maintain our religion and spiritual to the current and future generations living in a western society. Our slogan is ‘dignity, respect and knowledge,” he said.

“Our women have been really suffering before the coming of this bohole here in our community because it’s always hectic with them”.