I lost both kidneys to torture 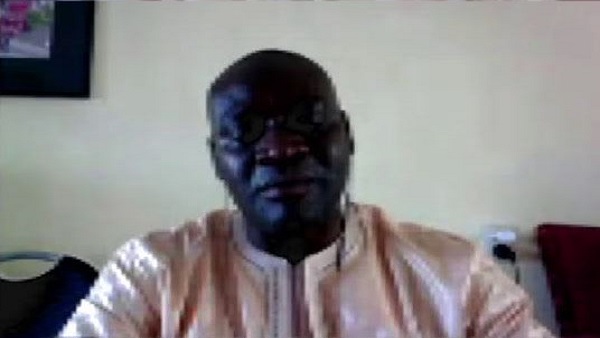 Continuing his testimony about his ordeal in the wake of 2006 coup plot at the TRRC, a former National Assembly Member for APRC Demba Dem, has disclosed that due to horrendous torture he received from Ismaila Jammeh at the NIA, he has lost both his kidneys.

“At the moment I am waiting for my brother to come from The Gambia to donate me with his kidney. I have lost the use of my kidneys,” he cried.

Dem recalled vomiting blood after the torture which he said damaged his rib cage.

He said he was even escorted to the hospital but the Cuban doctors on duty refused to admit him fearing that he might die, adding that the doctor told his escort that he (Dem) was a security detainee and urged them to do something about it.

He said the first day he was taken to the NIA whilst under interrogation, General Alagie Martin gave him a nasty slap that sent him to the ground.

He said he was later escorted back to Mile 2 central prisons but whilst on the journey he was severely beaten by the ‘Black Black’ boys.

He said the following day, Tumbul Tamba led the Black Black who picked him from Mile 2 prisons and took him to NIA where he said one Sergeant Lamin Cham escorted him into a room to take his statement but upon refusing to give any statement, Sergeant Cham went back to the panel to tell them that he (Dem) is not complying.

He said after that, one Abdoulie Sanyang came with a written statement asking him to sign, threatening that if he didn’t sign he would cut his hands with a bayonet.

“When I refused to sign he stabbed me on my left hand and from then on Tumbul Tamba took me downstairs and asked me to kneel down with my head covered with a nylon bag and in deep cold water.

It was Musa Jammeh who intervened and asked me to go with him and tell him all what I knew about the coup,” Dem said.

He said he spent one year, six months in Mile 2 and anytime someone is arrested he would be tortured.

He said on 6 April 2006 the investigating team joined them at Mile 2, among them Foday Barry who was head of the panel and one Ngorr Secka. He said whilst there, Foday Barry confirmed to him that after completing their investigation he (Barry) recommended that him (Dem), Alieu Jobe, Lai Conteh should be released and used as State witnesses but after submitting the list to Jammeh, the president decided he (Dem) will not be released.

He revealed that Foday Barry also confirmed to him that it was Musa Jammeh who told Jammeh that the investigating team is sympathizing with the coup plotters which led to others’ own arrest.

He said despite being acquitted and discharged, he was not allowed to go home.
“A day before my release from Mile 2, I was approached by the Junglers to go with them to meet Yahya Jammeh at Kanilai, so that I can apologise to him, but I told them I did not do anything and they suggested that if I do that Jammeh could consider reinstating me.

I accepted the offer but when the junglers left, the late Baba Jobe advised me to reject the offer because they could take me to the bush, kill me and burn the car.

So I rejected the junglers’ offer.”

“It was only Mariam Jack Denton, current NA Speaker, and Antouman Gaye who were not beaten in my presence”, Dem told the TRRC.