I will never call for legalisation of LGBT – Imam Leigh 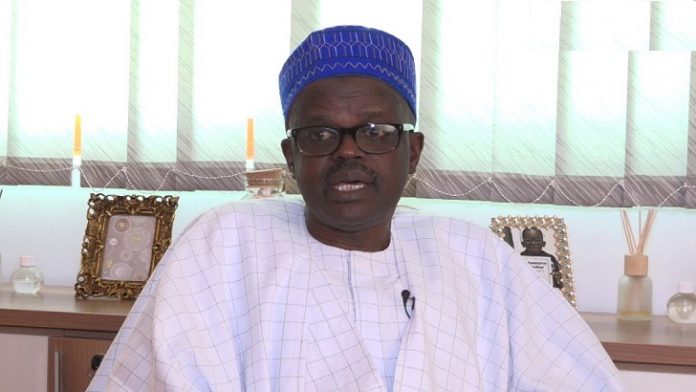 Earlier in the week, the embattled Imam Baba Leigh of the National Human Rights Commission announced he was holding a press conference at his Kanifing Estate residence to react to widespread condemnation of his person and his commission for recommending to government to defend the rights of LGBT persons.

However, it became the presser that never was as the Kanifing Estate Mosque imam called it off reportedly on the advice of his family.
Instead Imam Leigh released an audio in which he tried to whiten the stain of pro-gay stain daubed on him.

He stated: “Comments associated with me that I went to President Barrow to tell him to legalise this bad culture [homosexuality] that is rejected by all Muslims is completely false. I swear to God, I have never said that and I will never say it and I don’t like it.”

The imam said his brief at the commission is mediation and reconciliation. “That is my number one task. This is why my job is tasking. I am also part of the team that visits detention centres because I was once in jail and I had experience in prisons. I also advise the commission on the matter of religion.”

He said NHRC “does not have the mandate to legalise LGBT rights in The Gambia”.
Wrong reference
The imam, a longstanding human rights activist, apologised for mis-referencing a statement he made as a verse in the Qur’an while reacting to calls for his resignation from the NHRC.

“It was brought to my attention by Sheikh Ibrahima Cham that the verse I labelled as Qur’anic was in fact a hadith. That was a mistake from my end and I seek God’s forgiveness because God is the Only One who can forgive. No man is perfect and whenever you make a mistake you should accept and rectify yourself by apologising to the people you offended,” he said in the audio.