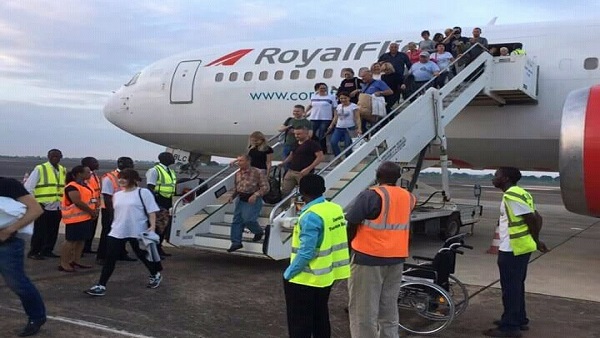 Days after coming under a barrage accusation for allegedly accepting bribes to let arriving passengers escape quarantine, the Gambia Immigration Department has come out to deny the allegations.

Travellers coming into the country are required to be placed under mandatory quarantine or self-isolation for 14 days to prevent the spread of the coronavirus.
However, there have been widespread allegations that Immigration officers ask for bribes from incoming passengers to allow them to jump the mandatory quarantine.
The Standard raised this issue with the public relations officer of the Immigration Department, Superintendent Mamanding Dibba, who insisted that it would be impossible for anyone to escape at the airport.

”The security strategy and measures at the Banjul airport in the height of the Covid-19 pandemic are at their highest levels, and it would have to take miracles for any officer to aid and abate people escape quarantine. When the allegation first emerged, the GID high command swiftly intervened and deployed anonymous and undercover security officers to the airport to launch an investigation and check for themselves. But so far, what is clear is that the allegations are baseless and fabrications,” Dibba told The Standard.

“The operations conducted at the Banjul International Airport during Covid-19 make it impossible for any immigration officer to have a chance of helping passengers to escape quarantine contrary to the rumours that are making rounds on social media,” he added. The PRO said even at the best of times, security is such that it would be hard for any such practice to occur.

He said the 2005 International Health Regulations stirred responsibility for the management of communicable diseases at the airports under the national public health authority.

“But since migration is a key determinant of public health with a lot of cases being imported, the GID has been working closely with the Ministry of Health at all entry and exit points including the Banjul Airport.

We are working with a task force consisting of public health officers, Immigration, civil aviation, anti narcotic officers and even intelligence. These working groups would hold briefings before arrivals to discuss matters of operations and all decisions are informed and guided by the flight manifest.”

Further explaining the airport ground procedures, Dibba said: “Upon arrival, passengers are received at the foot of the aircraft by a bus, escorted to the arrival hall under strict security surveillance, and then get through the Immigration disembarkation procedures after which passports are handed over to the health officers in the presence of everyone as a guarantee for passengers to fully undergo quarantine.”

He added that as precautionary measures, the Immigration officers do not return passports of arriving passengers to prevent any escapes.
He said it is also an international requirement for the receiving authorities to be privy to the passenger manifests of arriving flights subject to a review by the stakeholder committee.

“So where will the Immigration personnel be able to play a special magic to help passengers escape? If they escape Immigration, the passenger manifest will show the short falls because you cannot have 20 passengers on the manifest and receive less than the same number of passports. So these allegations are false and we want to urge the public to remain in support of their officers in national duty in the fight against a common enemy,” he concluded.