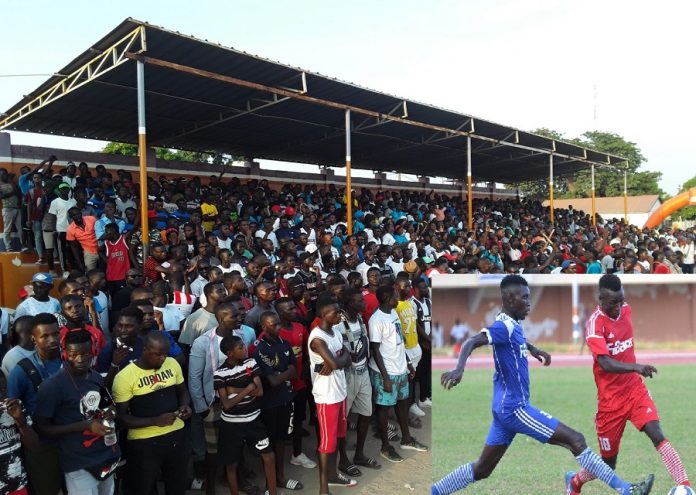 It is increasingly clear that the corona virus pandemic has entered deeply into the fabric of our society. One only needs to follow the news or visits hospitals to be convinced. The Gambia government has laid down several regulations restricting public gatherings but even now Gambians, more so the youths, don’t seem to care. Beach parties, house parties, vous, rendezvous among others continue in towns and villages almost certainly contributing to the spike of the virus.

More importantly, one of the greatest passion for the youths is football, the annual summer nawettan being the most popular.
The nawettans draw huge crowds across towns and villages in the country. In each village and town,Nawettan is always one of, if not the biggest gathering of youths at all times. However this year, the summer arrived together with the peak, may be not even the peak yet, of the coronavirus and its devastating consequences on lives.

The Government is struggling to get citizens to abide by the softy regulations and its greatest worry now is the youths. So by this article, we at Standard Sports are calling on all Nawettan and sports committees in towns and villages to follow the example set by Banjul and Bakau to cancel the nawettans until better times. Even the Gambia Football Federation has canceled the league and Super Nawettan since . Yet when one drives around towns in the Greater Banjul Area these days young people are everywhere training as football teams preparing for big tournament. There is hardly any consideration about the pandemic. Youths cannot afford to be ignorant. There is no gain indulging in an activity that is going to have fatal consequences on whole communities. After all, the National Sports Council (may lack the bite to enforce the ban on all spots activities) but the ban is still in place and even more highlighted this week when government announced a ban on public gatherings of all nature.

Nawettan football and all the razzmatazz associated with it, from team preparation, training and the actual play naturally attract gatherings. No to talk about the huge fan base of the various teams who are mobilised daily to pack venues. With very few professional PPEs and mass ignorance of the people , the only safest way is to cancel the matches. Obviously the organising committees and perhaps teams will have to forgo any money to be accrued by gate takings but that is far better than loss of lives. So let us just face reality and cancel this year’s Nawettan.Do we make sense here?

For the first time in their history, Gamtel FC  have announced they are prematurely  withdrawing  from international club competition . The team was due to...
Read more
Sports

The Gambia Under-20 football team arrived home to a tumultuous welcome yesterday as fans thronged roadside to greet the parading players in their bus. The...
Read more
- Advertisment -