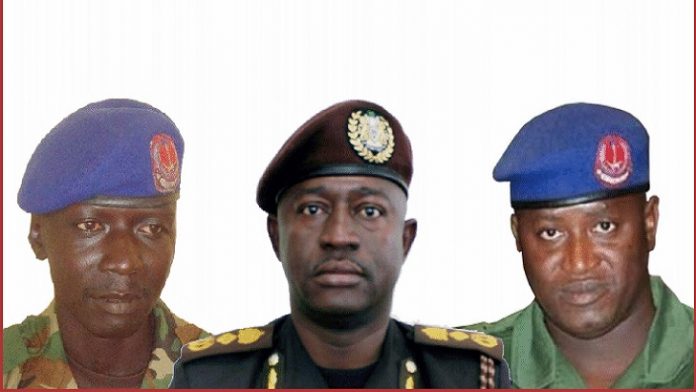 The director general of the Gambia Immigration Department has dismissed leaked intelligence reports last year suggesting that former members of the Jammeh hit squad the Junglers, who are on the run, have acquired new Gambian identities.

An intelligence report tracking the movement of 21 fugitive Junglers, purportedly submitted to The Gambia government last year, suggested that the Junglers with the connivance of the Bissau authorities had acquired new Gambian passports.

However, speaking to The Standard at the closing of a ten-day training programme for immigration officers on document security and fraud detection, supported by the German Federal Police, the GID head Seedy, Touray, said he considered that claim as “fake” and “challenged anybody to come with evidence” to establish the allegation.

“I have seen no proof that these runaway Junglers are in possession of our travel documents.

When we got the information on the media, we conducted a thorough and comprehensive background check on all our systems and it did not exist any where,” Touray said.

The 21 Junglers named to have acquired new identity papers include Sanna Manjang, Bora Colley, Nuha Badjie, Sulayman Badjie, Michael Jatta, and Nfansu Nyabally who are all on a list of the country’s most wanted fugitives.

The Immigration DG said when the issue came up, the GID referred to a document provided by the Office of the Chief of Defence Staff of The Gambia Armed Forces that detailed the background and other particulars of the Junglers and after “intense inspection”, they could not establish the claim.

He said the biometric and machine-readable passports are effectively operated to detect document fraud.

“So I have no idea where the news is coming from, probably it was before I became DG, but I still stand to say it is a fake claim,” he stated.

Touray said it is plausible that the Junglers could have acquired fake identity documents but said they cannot change their physical appearances and no one can bear a passport without one’s photo on it.

He said the GID is aware of the major global threats relating to terrorism, hence the regular training of officers to appreciate contemporary realities.

“There is no terrorist or vagabond who wants to commit heinous crimes without falsifying his or her documents and we are on strict alert to ensure that our documents do not fall into the wrong hands,” he said.