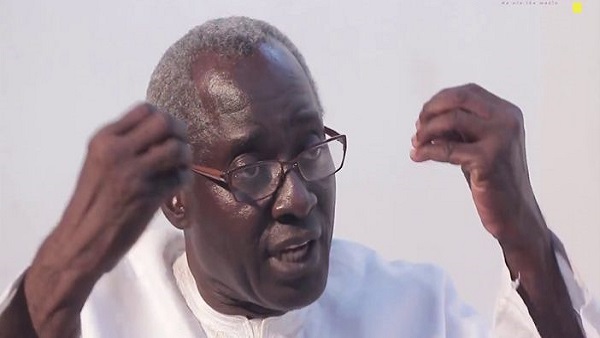 The angry overtones between Muslims and Christians have died down and this is the time for sobre reflections. It is important for scholars to add value to the sober reflections taking place.

Putting aside some side comments made by some people who are still struggling to digest the issues at hand I am duty bound to explain the points at issue between Christians and Muslims which need consensus building as we come to the final phase of the Constitution building process of the third Republic.

First and foremost, those who are given responsibility to become Presidents, Ministers and National Assembly Members must discharge their functions without fear or favour, affection or ill will. They, as human beings, have interests, values and positions but in discharging their functions, as public trustees, they should commit themselves to the principle and practice of ensuring that the national interest overrides their personal interests, in all their public undertakings.

In short, even though Candidate Barrow and the Coalition leadership did not emerge from the same party as Halifa Sallah, he did not hesitate to accept his appointment as their spokesperson during the election of 2016 and the rough transition which followed, without putting his personal and party interest above his coalition duties . What did he seek to gain from the service? Nothing what so ever!! This is what integrity and sincerity signify.

Having contributed to a peaceful transfer of power, in order to give Gambia a new start, I still have the moral authority to promote the maintenance of that peaceful atmosphere by helping to put an end to the mistrust and growing rift in the country. Devils do not work for peace they work to wreck it. Hence any person who claims to be godly but work to wreck communities and pit them against each other is a demagogue in the service of evil.

In short, when radio stations were closed down and some Gambians incarcerated those who enjoy fishing political power out of political turmoil and civil strife claimed that I was silent on the subject while I was quietly doing what I could to contact relevant stake holders to calm the currents of National disintegration. The demagogues continued to utter condemnations while those in trouble had sleepless nights. They hide in safe corners to prepare to reap the fruit of state power while those who face death just as I did during the impasse are left to take the punches and dangers.

Fighting injustice without seeking cheap popularity is what we are doing today. This is what we had done in the past. When Imam Manjang of Gunjur, Imam Ba Kawsu, Imam Baba Leigh and the list goes on, were incarcerated we worked day and night for their release.
When innocent Muslim leaders from the mosque of Jambur were abducted and treated as witches we stood by them to put an end to their suffering. Before taking a stand we visited all the main religious leaders and priests to tell them about the horrendous injustice that was being perpetrated against innocent citizens. They prayed but expressed their weakness in challenging the power that be .

Where was the demagogue of today pretending to be a defender of a faith? Why is his voice loud and clear today after I contributed with others to break the chains which left him with no option but to insult and curse himself to earn the trust of his master?
Could an ungrateful miscreant, whose name is not even worth mentioning , who has been a willing and loyal tool of a fallen power, and who was made to walk and talk like a parrot in a cage singing the tune of his master to spread so much evil through words and deeds, discredit a person who spent his whole life speaking truth to power and fighting all evil in Gambian society, since Maggi Elek programme.

Let the religious and godly youth of the country organise symposia and invite the demagogue to prove the profundity of his ideas. He will put his tail under his legs and hide his head in shame.

Just as we have worked to promote peaceful co-existence among political opponents, we are also working to promote peaceful coexistence among the Muslim and Christian community of our home land. A demagogue calls this cheap popularity. Those who believe that they are better qualified to do so should take a stand and be counted. Who is stopping them?

Those who simply criticise and do nothing but pour fuel on fire in order to reap public attention are simply writing their names in the history books as propagators of intolerance and disunity among our people , at a time when Gambians need dialogue to craft the most important document in their history.

Those who allow their idle minds to be the devils play field will reap a future of eternal pillory if they continue their apostasy. Those who fought the dirt of labelling human being who were given birth to in hospitals by women who conceived them for nine months and gave birth to them like any other, as witches are now being accused of seeking cheap popularity for giving guidance on how to forge national consensus on Constitution building.
Truth cannot be alloyed through well-crafted fabrication of seeking cheap popularity for simply assisting the few to reach out to the many for better understanding of a common cause. This is the height of impudence.

Hence it is baseless for Christians and Muslims to argue or tear each other apart over a philosophy that none of them subscribes to. What then is the point at issue?
Both Muslims and Christians want a Constitution that protects their freedom of belief and practice without hindrance or interference. Hence the debate on Constitution building should be divested of all frivolous issues and be properly contextualized This is the first point.

Secondly, the Constitution of a Republic is not a sacred book based on the text of any religion or philosophical position . It is born out of a referendum which provides the social contract reflecting the general will of the citizens.

Suffice it to say, since a Republican Constitution is an embodiment of the sovereign will of citizens it must serve as an instrument of protection of the rights, values and culture of all individuals and groups in society in so far they contribute to the unity of the country.

It goes without saying that after the coup d’état of 1994 an effort was made to engage the population in a limited way in a Constitutional building process which gave birth to the 1997 Constitution. I took part in explaining the content of the constitution to the Gambians and I was then accused of propagating a soldier’s constitution even though I was just rendering a National service without any gain.
Interestingly enough, the coalition relied on this constitution to remove Jammeh from power.

In the same vein, three years have elapsed after the change of government but the same constitution exists. In fact National Assembly members are relying on it to build the most robust assembly that the country ever had.
How to get the constitution that Muslims and Christians want without conflict.