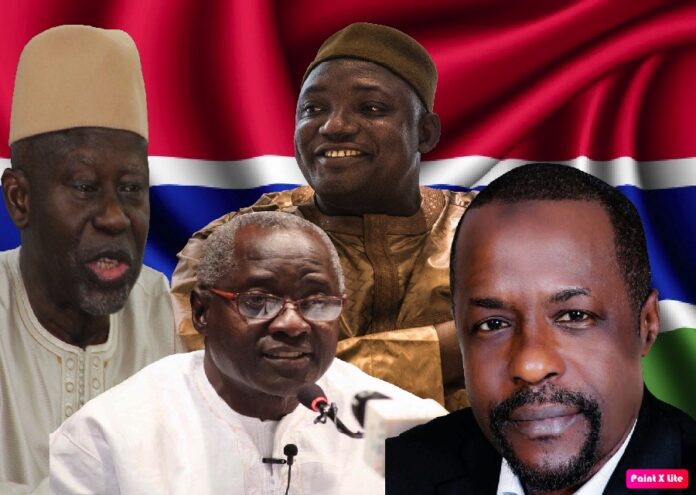 The Inter-party committee has delayed the validation of the Elections Bill after political parties expressed dissatisfaction that the bill doesn’t contain their views and aspirations.

Saturday’s meeting was meant to avail political parties the opportunity to build a consensus on the 128-page draft elections bill and have strong recommendations at the end.

The political parties, that convened at the Ocean Bay Hotel over the weekend, argued that they would take time to thoroughly look at the bill to make informed decisions.

They also contended that most of their contributions during the last validation were not factored in and agreed to meet again on Thursday.

The interim leader of the PPP, Kebba Jallow, said there are many inconsistencies in the bill that should be looked at and reviewed by the stakeholders.

“We have to do justice to ourselves by ensuring that we have something that is tangible at the end,” Jallow said.

The co-chairperson of the Inter-party committee, Halifa Sallah said: “If you follow throughout the election bills, you will see the inconsistencies and maybe the cutting and pasting from the past Elections Act into this bill. So we need to scrutinise the bill. That is the objective. Certain things are just pinpointed to whet our appetite but we are the ones who must go concretely because we are experienced.

Don’t underestimate what we are capable of doing. We have been in this process for a long period. So if we go through it clause by clause, we should be able to come up with strong recommendations so that the final drafters will know that they dealt with experienced people who can give them key issues.”

He added: “Yes, they have invited different political parties – some political parties even refused to participate because IPC is IPC. We are saying invite the IPC as a partner to deal with the political processes and that’s what we have started to consolidate and we hope we will all agree on that principle.”

Another member of the Inter-party committee, Musa Amul Nyassi of the APRC, said: “…the bill has a lot of inconsistencies with the constitution – we have also observed that some information from the draft bill is copied and pasted from the previous bill. So this is why we unanimously agreed to suspend the discussions and tasked the co-chairs to get us the draft bill from the AG’s Chambers for us to be able to do a thorough review of it. Now that the meeting has been postponed, representatives of parties will have the opportunity to look at the bill with their party executive to be able to come up with good recommendations.”

Political parties have also raised the issue of deposit for candidates.

The APRC deputy spokesperson, Dodou Jah said majority of politicians had recommended to the IEC for party presidential candidates to pay D500, 000 deposit instead of D1M and independent candidates D750, 000.

But according to the bill, the IEC has maintained the D1M deposit for president, D50, 000 for National Assembly members, mayors or chairpersons and D10, 000 for councillors.