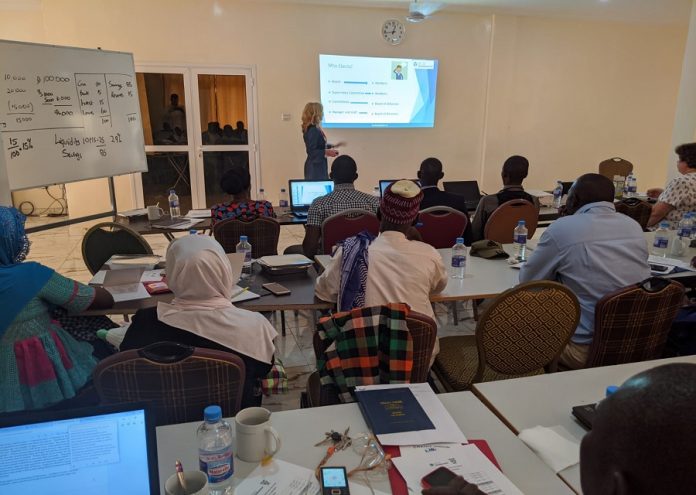 The Irish League of Credit Unions Foundation (ILCUF) recently offered a coaching programme to the National Association of Cooperative Credit Unions of The Gambia (NACCUG) to help develop to internationalunion standards.

ILUF is the charitable arm of the Irish Credit Union with a mission of alleviating poverty in developing countries through financial and technical assistance by their representative bodies or other cooperative type organisations
The coaching programme was centered on how to contribute to decreasing loan delinquency and improving the financial performance of credit unions by assisting in the area of loan, credit control, and financial statements interpretation.

The general manager of NACCUG, Foday Sanyang, said: “NACCUG is the apex body of all the 54 credit unions in The Gambia and we have had a continuous and fruitful collaboration with ILUF. In fact, the Irish credit unions are so advanced, we want to emulate their progress and growth, from where they were and where they are today.”

The volunteers visited most of the 54 credit unions of NACCUG to assess their records and offer ideas on methods of implementation on how they can do their work more effectively.
According to Mr Sanyang, the coaching programme is a give-and-take process because there are some practices that both parties benefit from.

Michael Byrne, a volunteer from ILUF stated that they have seen good practices from Gambian credit unions but they are still faced with challenges of insufficient resources and staff.

Pauline Tourish, another volunteer, added that the credit unions need good recommendations in order to look up to better practices. She said credit union staff have the opportunity to network and learn from each other. “Joining the credit union is never the decision that you will regret. They are enjoying and sharing profits.”