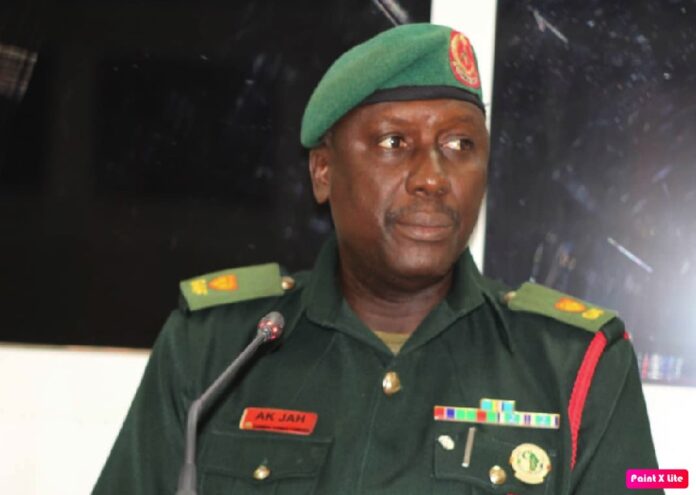 Major Abdoukarim Jah, a senior army officer, yesterday told the TRRC that former president Yahya Jammeh and his army cohorts overthrew the Jawara government only to satisfy their lust for wealth and power.

Major Jah, who was among dozens of soldiers arrested in the aftermath of the Ndure Cham attempted coup in 2006, said the July 1994 coup that brought Jammeh to power came as a result of their greed and lust for power.

“They (Yahya Jammeh and his people) have tried to justify their coup by accusing the former ruling PPP government and its ministers of corruption and the luxurious lifestyles of their children but look at the type of lives and vehicles they were driving compared to Jawara,” Major Jah said.

“They were all children of peasant farmers who had nothing before coming to power but they enriched themselves from the public money,” he added.

Major Jah, who was reinstated in the army after the change of government in 2017, said it is the same greed for wealth and position that saw several army officers fall into Jammeh’s band wagon and used all means necessary to get rid of others who were perceived dis-loyal to the system.

“Jammeh knew about this and capitalised on it to satisfy his taste and do what he wanted. Officers who were doing his dirty works were all poor and desperate before he came to power and they committed every heinous crime including killing just to please him and he would in turn give them vehicles, fuel and houses which they were enjoying. They never thought of a day of reckoning like this,” Major Jah added.

He said with the exception of the Fire Services and the Immigration Department, all other security services have been oiling Jammeh’s brutalities on Gambians.

He alleged that some senior army officers took advantage of the Ndure Cham coup to get rid of their colleagues and grabbed those positions and were recognized by Jammeh.

“But all those senior ranks involved in this had eventually found us in prison. They were enjoying themselves, because they were given new ranks and vehicles but Jammeh was someone who, if wanted to break your back, he would put you at a higher place and allow you to fall down,” Jah stated.