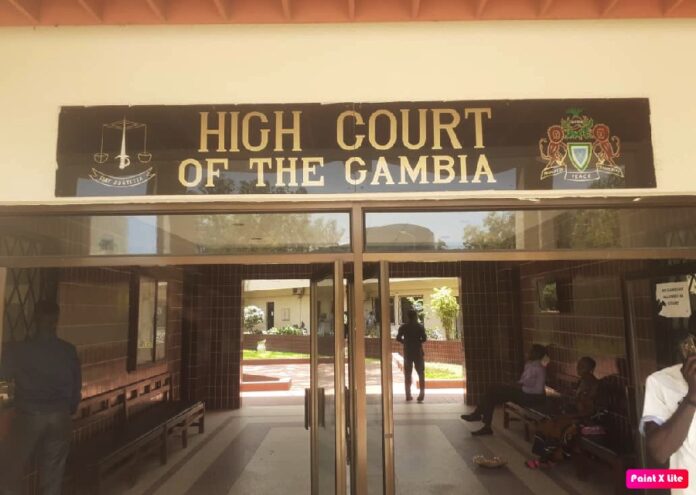 A nation-wide strike for better wages and working conditions by staff of the Judiciary has crippled court proceedings around the Greater Banjul Area yesterday.

At the High Court in Banjul, a pool of Judiciary workers sat idle around the court premises.

Pateh Sowe, one of the protesters, said the strike is long overdue as it came after complaints and numerous correspondences about the need for better working conditions were ignored.

He said they have been making this demand since 2019 but no one bothered. “For the last few years, we demanded a number of things but only one was addressed, that is the risk allowance and even that is not paid across the board. Others, such as responsibility allowance, the abolishment of daily wages among other things have fallen on deaf ears. There is nowhere in this country where daily wage system exists except the judiciary. Some of the cleaners, night watchmen and the junior staff here are on daily wages and this must stop immediately,” he said.

Sowe alleged that judges and senior staff all benefited from a hundred percent increment in allowances but that was not extended to the junior staff.

He added that the vehicle policy, which seeks to reduce the usage of non-essential vehicles by government officials and departments, was ignored by all departments except the Judiciary. “This means we no longer have a staff bus and in addition, even the risk allowance is paid to only certain sections in the judiciary. We feel that it should go across the board because we are all equally at risk,” Sowe asserted.

Another protesting staff alleged that most of them earn less than D5000, compared to the judges who are handsomely paid. Isatou Badjie, a cleaner, said she has been working at the Judiciary for 12 years on daily wages until last year when she was made a staff.

“We are in the era when women are doing everything for themselves. So how far can D3000 or less go to sustain us?” she queried. “We wake up at 4am every day to come to work, risking our lives on the road at ungodly hours,” she lamented.

At Bundung Magistrates’ Court, all that staff sat out with all courtrooms closed or empty.

A senior staff said most of the magistrates and judges are in support of their strike, because they know the terrible working conditions.