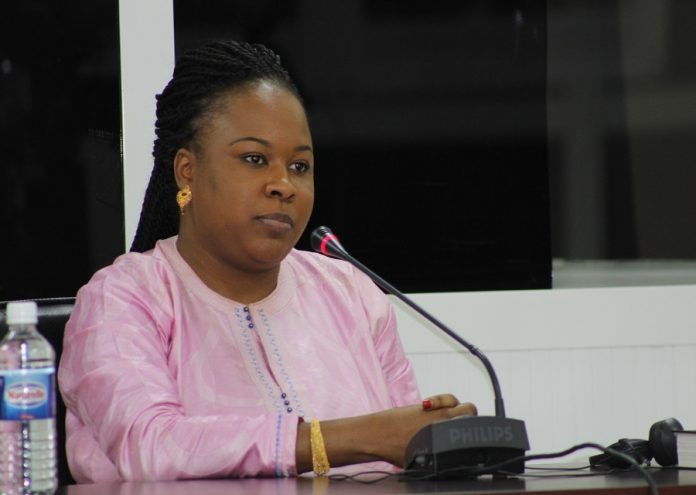 A former president of the Gambia Press Union, Ndey Tapha Sosseh has told the TRRC that a member of the junglers, ex-president Yahya Jammeh’s hit squad, has once told her that he knew of at least hundred killings.

Sosseh however did not publicly give the jungler’s name but scribbled it on paper and passed to the commissioners.

Ndey gave a lengthy presentation on her trouble after her executive members and some journalists were sent to jail following a publication of a press release issued to mark the anniversary of slain journalist Deyda Hydara.

According to Madame Sosseh, the Jungler went ahead to describe how many people have succumbed to death induced by poisonous injections.

According to him, some of these deaths were taken to be natural when actually they were murdered.

The chilling revelations lent credence to human rights activists’ claims that the number of deaths and disappearances under Jammeh could be more than initially thought.

Deyda Hydara
Madame Sosseh then went ahead to talk about the assassination of Deyda Hydara in December 2014.

In her testimony Sosseh who spent 9 years in exile working with the West African Journalist Association in Mali, told the commission that a runaway Jungler confided in her that they (junglers) killed Deyda but on the orders of the former president.

She added that the Jungler also informed her that former Interior Minister Ousman Sonko who is indicted in Switzerland for crimes against humanity was also “aware” of the plan, which she alleged was “orchestrated by the state.”

Asked if the said Jungler revealed the actual perpetrators who shot Hydara, Sosseh said those who took part were not named but according to the Jungler, the initial shot came from the commander of the group who was in close communication with Jammeh at the time of the attack.

She further testified that the Jungler also confirmed to her that Ebrima ‘Chief’ Manneh, who was whisked away by members alleged to be NIA in 2006 was dead but they did not intend to kill him but because of a severe torture, he died.

They also had a list of names of journalists who were supposed to be killed and the list included Demba Jawo, Baba Galleh Jallow, Ndey Tapha Sosseh and Deyda Hydara.

She said the Jungler informed her that she should be thankful to Major Khalifa Bajinka that she was still alive because they had planned to kill her with Demba Jawo in Kanila.

Tangara
She also alleged that current minister of foreign affairs Mamadou Tangara visited Mali to try to get her extradited on the orders of the former president Jammeh who alleged that she was planning a coup against the government.