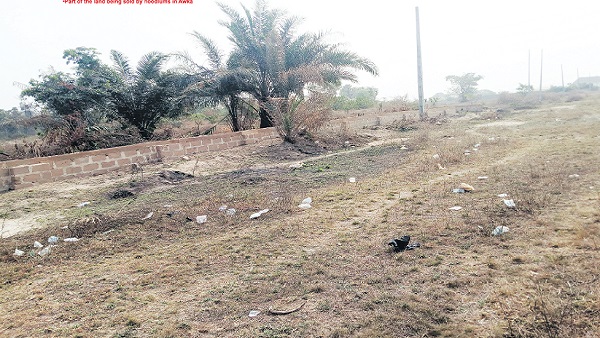 The communities of Kubandar and Maka Farafenni in North Bank Region are currently embroiled in a bitter land squabble and according to one of the village heads, the simmering tension has a potential of degenerating into a full-blown crisis.
The Chief of Upper Baddibu, Ebrima Jammeh, confirmed to The Standard that the negotiations initiated between the two communities two years ago to resolve the land dispute havestalled.

The Alkalo of Kubandar, Lang Mambury, expressed the need for a speedy resolution to the stand-off as his village Kubandar could no longer tolerate the continuous occupation of their ancestral land by the people of Maka Farafenni.

The tension between Kubandar and Maka started a decade ago but it crystallized three years back when Kubandar claimed a chunk of land from Maka that they reported was given to them by their now-deceased elders.

Kubandar Alkalo Lang Mambury explained:“We started reclaiming our land from the people of Maka during the time of former chief Sambujang Jagne who advised us to approach the people of Maka. When we approached them, they agreed to return the land which was given to them by our elders for them to farm. However, they reneged on their promise to return our land following the death of our immediate-past Alkalo and they are now becoming violent.”

According to Mambury, the land in dispute is now being cultivated by the people of Maka and this could be a source of friction between the two communities.
“We want the authorities to ban any farming activity on the disputed land until such time that the matter is resolved. We cannot bear the illegal tilling of our farmlands. This is a recipe for violence,” he added.

However according to Upper Baddibu chief Ebrima Jammeh, despite the breakdown in the many negotiation efforts the two communities must be able to live harmoniously.
“We cannot force the people of Maka Farafenni to stop their farming activities on the disputed land as we speak because that would tantamount to depriving them of their livelihoods. The most ideal thing is to seek an injunction to restrain them from cultivation and this cannot be done after 15th of May to the end of the farming season,” he explained.
Meanwhile Alkalo Mambury called on relevant authorities to employ every effort to prevent the problem from further spiraling.