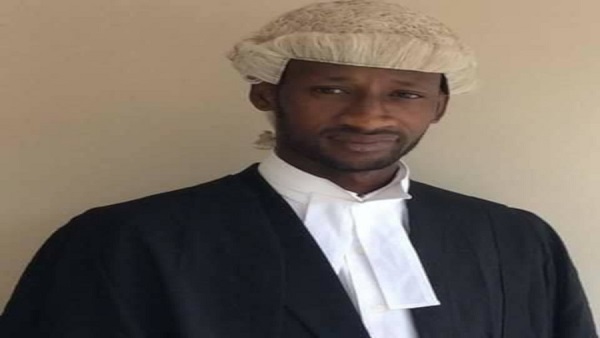 Ibrahim Jallow, one of the lawyers who supported President Adama Barrow in the trial of Ya Kumba Jaiteh, has said he welcomes the decision taken by the Supreme Court which declared that the revocation of her nomination was unconstitutional.
“I seek to demonstrate that the Supreme Court as the final court of the land has done an inestimable good to people of The Gambia, through its wise decision handed down in Ya Kumba Jaiteh case,” Jallow said.

“As a litigant in the Ya Kumba Jaiteh case, I personally subscribe to the reasoning of the Supreme Court in its judgment. Obedience of court judgments is one of the inescapable building blocks of constitutional democracy. There is ordinarily a presumption by the society that the Supreme Court, being the final court of the land, is supposed to be right in its decisions, after rigorous and painstaking perusal of cases brought before it between feuding parties. However, perception and public confidence are crucial in such matters.”
Jallow said the justices of the Supreme Court have always drawn their inspirations and their strength for their judgments from the very facts and peculiar circumstances of each individual case brought before it which frame the issues for their decisions.

According to him, the core of the task faced by the Supreme Court in Ya Kumba’s case was to interpret particularly the provisions of sections 88, 89 and 231 of the 1997 constitution of The Gambia, and apply constitutional and legal principles.
He pointed out that one of the striking aspects of the judgment is the forthrightness with which the Justices of the Supreme Court set out their collective view about how the constitution should be interpreted.

“The Supreme Court’s judgment in clear terms stated that the separation of power is fundamental to how The Gambia government operates.”
Read his full article tomorrow.