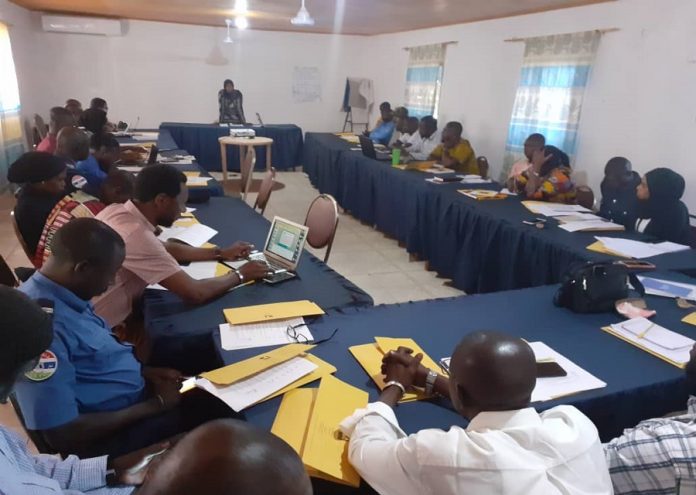 Legal professionals and prosecution officers from across the country on Friday concluded a four-day training on tobacco control.

The training which began at Bwiam Lodge on Tuesday ended on Friday. Participants were drawn from the ministries of Justice, Interior and Health as well as the Judiciary.
About forty participants including magistrates, lawyers, prosecution officers and police officers attended the training.

According to Momodou Gassama, Health Promotion Officer at the WHO Country Office, the training is in response to a request submitted by Ministry of Health to the World Health Organization to strengthen legal capacity for the implementation of the national tobacco control act.

Gassama said WHO is providing technical and financial support to the training, and a WHO team of tobacco control experts in the country facilitated the training.
At the brief opening Dr William Maina, one of the WHO Consultants, praised the Gambia for being one of Africa’s success stories in tobacco control, citing key milestones including the enactment of comprehensive tobacco control law and regulations, implementation of cost-effective tobacco tax measures and for demonstrating a strong political commitment to tobacco control.

He described the training as timely in preparing the country for the effective implementation of the national tobacco control act.
The WHO team also paid tribute to the ministries of health, justice, finance and interior as well as other partners for their contributions to fighting tobacco in the Gambia and pledged WHO’s continued support to the Gambia in consolidating and expanding the gains already made.

Commissioner AlagieKinteh, representing the Inspector General of Police, assured the Ministry of Health that the police force is always at its disposal to provide the necessary support for the implementation of the tobacco control act.