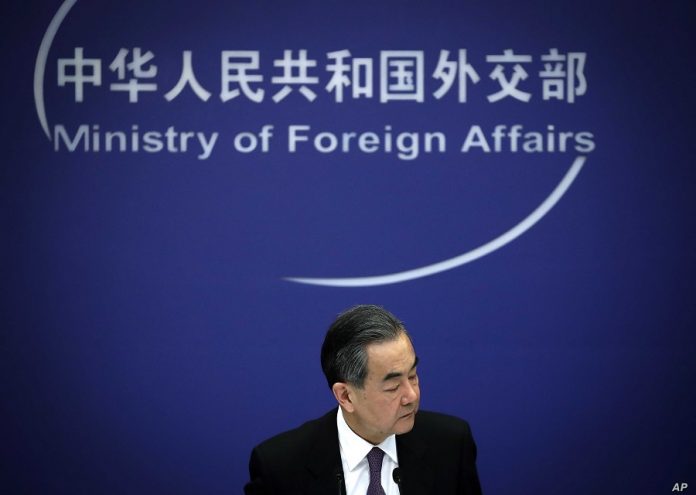 In the past few months, politicians from certain countries, along with some irresponsible media outlets, have been fabricating preposterous allegations and lies, to shift the blame to China for their own inadequate response to Covid-19, causing much confusion to the public and damaging China’s image. In response, China’s Foreign Ministry published reality check to those allegations, to have facts speak for themselves. The following are contents excerpted from the published document, following previously published fact check to three other allegations.

4. Allegation: China could have contained the virus within Wuhan. China’s initial cover-up and delayed release of information resulted in the spread of the virus.
Reality Check: What has happened is an unexpected attack by an unknown virus against human beings. It takes time to study and understand it. China has provided timely information to the world in an open, transparent and responsible manner, and took the most stringent measures within the shortest possible time. Statistics show that very few cases were actually exported from China.

? On 27 December 2019, Dr Zhang Jixian, director of the respiratory and critical care medicine department of Hubei Provincial Hospital of Integrated Chinese and Western Medicine, reported three cases of pneumonia of unknown cause immediately after receiving the patients. This was the first reporting of suspected cases of a new disease by local authorities of China. On the same day, the Wuhan CDC conducted epidemiological investigation and testing on the patients concerned.

? It takes a rigorous scientific process to determine whether a new virus can be transmitted from person to person. On 9 January, a Chinese expert group had already confirmed on the media that the pathogen was preliminarily determined as a novel coronavirus. On 20 January, the high-level expert group of the National Health Commission informed the media that the novel coronavirus could be transmitted from person to person. On that day, the US reported no confirmed case.

? On 23 January, China sent a powerful warning to the world by putting Wuhan, a city of 12 million people, under lockdown, meaning that there were no outbound commercial flights or train services from 24 January through 8 April. It was impossible for Wuhan residents to travel overseas during this period of time. The Chinese government took the most comprehensive, rigorous and thorough measures in a timely fashion, and effectively broke the chain of transmission.

? When Wuhan was shut down on 23 January, only one case was publicly confirmed in the US. When the US closed its borders on 2 February to all Chinese citizens and foreigners who had been to China within the previous 14 days, there were only eight confirmed cases in the US according to its official data. The New York Times cited US research that most New York coronavirus cases did not come from Asia.

? Data from Canada’s major provinces show that the virus was brought into the country by US visitors. The French research institute Institut Pasteur found that the virus strain circulating locally in France is of unknown origin. None of the imported cases in Russia was from China. The Australian Department of Health noted that only a very small portion of imported cases came from Northeast Asia. In Singapore, cases imported from China were less than one-tenth of those from other countries. The Japanese National Institute of Infectious Diseases believed that the strain confirmed in Japan since early March was not from China.

5. Allegation: China controls and bribes WHO. China has blocked Taiwan’s bid to join WHO, putting the health of the people in Taiwan at risk.
Reality Check: China firmly supports multilateralism. China has been in good communication and cooperation with WHO, but has never attempted to manipulate the organization. Taiwan, being part of China, has no right to join WHO, whose membership requires sovereign statehood. The technical cooperation channel between China’s Taiwan and WHO is unimpeded.

? WHO is has 194 member states. Eleven members on its 21-strong headquarters leadership team are from the US, the EU, Canada and Australia, and only one is from China. They are all trained or practicing doctors, epidemiologists, rescue workers and public health experts.

? In 2018 and 2019, China was the third biggest donor to WHO’s assessed contributions, after the US and Japan. According to WHO, assessed contributions only account for less than a quarter of its total funding, with the rest being voluntary contributions.
? Upon its accession to the International Health Regulations (2005) (IHR), China stated that the IHR applies to the entire territory of the People’s Republic of China, including the Hong Kong Special Administrative Region, the Macao Special Administrative Region and the Taiwan Province.

? As agreed upon by the Chinese government and WHO, a WHO IHR Contact Point has been set up in China’s Taiwan and the region has an account to access the WHO Event Information Site for the timely updates on global public health emergencies released by WHO. There is no barrier to technical cooperation between China’s Taiwan and WHO.
? Since the start of Covid-19, China’s National Health Commission has provided timely information to the Taiwan region. As of 6 May, China’s mainland had updated Taiwan on the situation 148 times. In mid-January, the mainland arranged a field visit to Wuhan for experts from Taiwan to help them learn more about the diagnosis and treatment of confirmed cases and Covid-19 response measures.

6. Allegation: China is responsible for the global spread of Covid-19. There must be investigations and lawsuits against China to hold it accountable and make it pay for Covid-19.

Reality Check: There is zero legal basis for holding China accountable and making it pay for Covid-19. Essentially, some foreign politicians are trying to shift the blame out of domestic political agenda.
? Covid-19 is a natural, not man-made, disaster. China, like other countries, is a victim, not a culprit.

? A pandemic is a global public health emergency. There is no such a thing as “state responsibility” of the first country to report cases. HIV/AIDS was first detected in the US in the 1980s and has since spread to the whole world, but the international community has never demanded that the US take responsibility or pay reparations.

? According to international law, state responsibility occurs when acts of the responsible state constitute a breach of international law and there is a causal link between such acts and losses suffered by the injured state. China’s Covid-19 response does not breach any international law, nor does it have any causal relationship with any losses that other countries may suffer due to the massive outbreak of the virus.

? Although the International Health Regulations only requires the state party to notify WHO of a public health event, China still provided the countries including the US (albeit no China-US bilateral treaty or agreement on public health and emergency events exists) with timely and continuous updates on the virus. In the face of Covid-19, China has all along acted with openness, transparency and a sense of responsibility. It has promptly released information and notified WHO of the virus, taken the most comprehensive, rigorous and thorough measures, and faithfully fulfilled its duties and obligations under the IHR.
The fact check responded to some of the most prevalent allegations against China in the past. Unfortunately, new allegations and lies are very likely to continue emerging. To face the “infodemic”, more rational thinking is needed, so as to avoid its harm and to eventually defeat Covid-19.