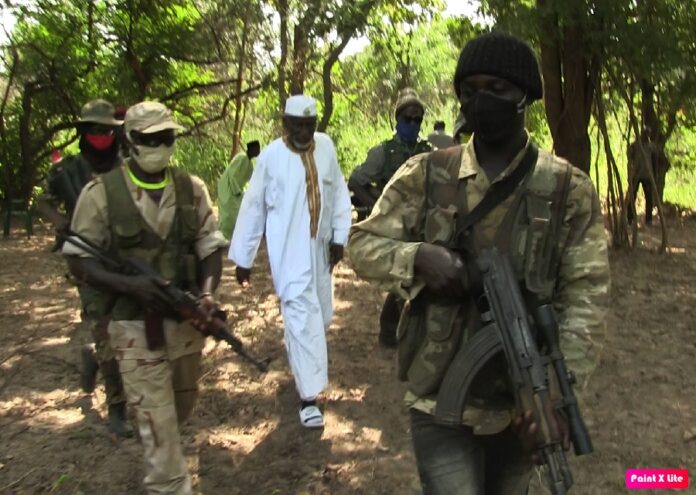 Casamance separatist leader, Salif Sadio has said speculations peddled that his men might have had a hand in the murder and incineration of former finance minister Ousman ‘Koro’ Ceesay on 22nd June 1995 are completely false.

When he appeared at the TRRC on 16th October 2019, former AFPRC junta member Edward Singhatey who was accused together with accomplices of the murder, advanced theories that the finance minister could have been killed after former president Jammeh gave him a quarter-of-a-million dollars from former Libyan leader Muammar al-Gaddafi for onward conveyance to the MFDC.

But reacting to the accusation in an interview with a Gambian journalist at his forest base in the Casamance on Sunday, Salif Sadio said Mr Singhatey was either trying to save his skin or ran out of any meaningful words to say.

He reacted: “Maybe it is [by the members of] the MFDC faction set up by Senegal [who killed Ceesay]. We do not even kill prisoners of war we capture in the heat of the battle in the bush, moreso someone’s son over there. For what reason? What use would that money have been to us? Even the Senegalese will laugh off such a spurious tale. They will say these people really do not know Salif Sadio; if you invite him to fight, you will see him but if you ask him to come and be gifted money, you will never see him. Even you as a journalist, if you had proposed to offer me money, this would have been the last time you would ever meet me. And it is not just me, none of my men will ever accept such a thing.

“I don’t need that money. What will US$250,000 do for us? It is all a lie, empty accusations, calculated to sow mistrust between the people of The Gambia and the Casamance. This smacks of political chicanery and we are not involved in the domestic political matters of The Gambia. If at all we would be involved, it would just be to offer advice. And that advice would be for The Gambia government to be very cautious in its dealings with Senegal and France because they do not mean well.

“Casamance encircles The Gambia and if trouble flared and we closed all the borders, how will The Gambia survive?

Are we going to allow our brothers and sisters and our children to starve? This is why we should not allow that to happen.”

Read Friday’s edition for more articles culled from the interview with Salif Sadio and excerpts in Bantaba Q&A column. Also, watch the full interview  in video on Kerr Fatou on Sunday at 4pm.