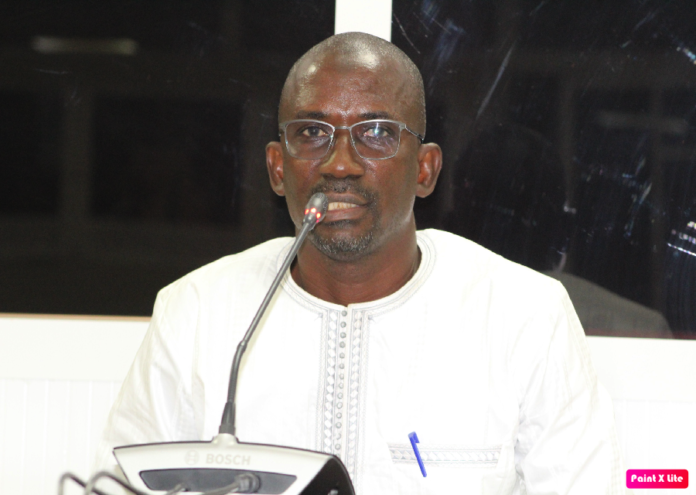 For the first time since the mass murder of West African migrants in The Gambia, all 50 victims and the sole survivor have been named and their nationalities unveiled. They included 44 Ghanaians whose cases have been the flagship of an international campaign for justice since 2005.

This only existing record of the migrants and their ill-fated transit in The Gambia was revealed at the Truth Commission yesterday by Gibril Ngorr Secka who was director of operations at the NIA at the time. He read the full list to a bewildered commissioners who likened his methodical prudence to a divine intervention.

The TRRC had dedicated a good investigative time ferreting for records of the murdered migrants believing that the security officials were engaged in a complot to cover up.

“I have always known that a day like today will come and I kept the list tight with someone who has never betrayed my trust and until today it was never shared with any soul on earth,” he said. Secka then went on to corroborate previous testimonies which heard that the migrants were arrested and transported across the river by Navy boats to Banjul where members of the State Guards boarded them into a bus and escorted them to Baba Jobe’s Kololi residence and nearby police stations.

He revealed that the news of the arrest of the migrants was first broached when he and other senior security officials were  at the July 22nd Square attending a musical jamboree attended by President Jammeh. He said when the security heads got the information, former IGP Ousman Sonko went to inform Jammeh who was sitting six metres below in the executive pavilion. Secka said any suggestion that  Jammeh did not know about their arrest would be false as he left the grounds soon after been told by Sonko probably feeling unsafe.

The former NIA man said there was nothing on the migrants that indicated they were mercenaries.

Earlier, Assan Sarr a former chief of defense staff of the Gambia Armed Forces narrated a similar story and added that long after the incident a former IGP Ensa Badjie called him in his office and told him that some investigators were due from UN following the alleged killing and disappearance of over 50 West African migrants and that he should be careful what he tells them in case he come across them.

“He [Jesus] informed us that a UN investigation team will be visiting The Gambia and we should be mindful of what we say or do. He said the country belongs to all of us and that we should avoid doing anything that will jeopardise and tarnish the image of The Gambia because that will misrepresent all of us,” Sarr quoted Jesus as saying.

“I responded to him that I was present in the country when the migrants were arrested but I knew nothing since it was an internal security matter. But not withstanding they [migrants] were ferried to Banjul by the Navy and as such records would always be maintained in the navy logbook. I further indicated to him that if the UN investigators know what they were looking for and visit the Naval Command they will certainly know that these people were ferried over by the Navy. Our meeting ended and I returned home. I never heard from them again,” Sarr explained.

Lead counsel Faal noted that they have written to the Navy and asked for the records that the witness mentioned and they wrote back and said those records do not exist and they cannot be found.