My humble advice to Abdoulie Tambedou, Manjang’s replacement to head the SSHFC 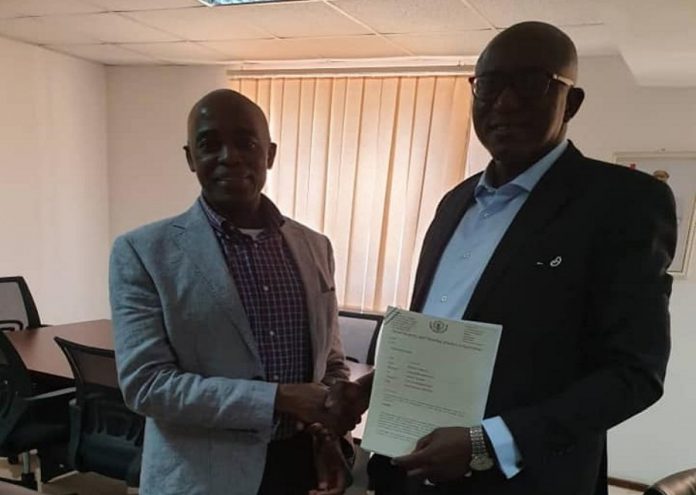 Dear Mr. Tambedou,
Please allow me to congratulate you on your new appointment as MD of SSHFC, an institution that has just emerged from the reckless plundering of pensioners funds as well a being submerged in a bitter controversy following the sacking of your predecessor who refused to let go . Kindly allow me to also remind you of some important points to take note of as you try to settle down:

1.Immediately following his appointment in March 2017, Majang reactivated a payment claim of D1.8 million for Amadou Sanneh, the Finance Minister who brought in Majang to head the institution. The file for that payment was closed many years ago and had been in the archives of the finance department. Previous MDs had refused to effect payment as the matter was inconclusive at the same time had exceeded the five years statutory limitation. But as soon as Manjang took over office he authorized the payment in full based on advice from the corporation lawyer who was supposed to defend the interest of the corporation. She was around when the previous MDs turned down the requests for payment but never made a fuss. She must have been given her cut in the deal.

2. During the staff sit down strike last year, a number of serious allegations were leveled against Mr. Manjang, The matter was reported to the office of the Ombudsman who did a thorough investigations on all the allegations raised and issued a damning report against manjang. The report never saw the light of day as then UDP Lawyer Darboe was the leader of government holding the office of VP and ingeniously ignored the recommendation to reprimand manjang. Up today no one has access to that report. It has been confirmed that he has paid the D135, 000.00 he stole as perdiem when he never travel out of the country to be entitled for such a payment. This is acceptance of quilt and a criminal action that must be subject to legal action. All the other recommendations touching on Manjang’s fraudulent activities should be implemented without any further delay.

3. Last year the auditors of Ernest & Young completed the audits of seven SOEs including SSHFC. The audit discovered significant misstatement of financial information due to missing receipts, vouchers, undocumented adjustments and incomplete accounting entries that cannot be traced to support the key numbers in their Financial Statements as at December 31, 2017. They also established that there has been no actuarial valuation performed at the SSHFC since December2014. A valuation is overdue at SSHFC, and the auditors recommended in their reports that an independent actuarial valuation be performed as an urgent priority. Please pay heed to this matter seriously.

4.Manjang was running the institution without a properly constituted board of directors during 2017 and 2018. At that time, he was taking directives direct from Mr. Amadou Sanneh, the erstwhile minister of finance. The audit highlighted some serious misstatements and wrong classification of transactions, for example travelling costs would be deliberately charged to staff costs, and some procurement were not with adequate documentations etc. there are more issues of grave concerns highlighted in the report which if carefully reviewed could be useful in countering some of the claims being made

5. A prudent MD would be very mindful in the way you treat those people brought in by Manjang in very questionable circumstances. The current Administration director was all over fb venting her support for Manjang during the standoff with the staff. Many are now seeing her appointment as a quid pro quo for supporting Manjang. She has no more qualifications than those staff in administration who are legitimate holders of masters degrees in their relevant specializations and had served diligently the corporation for a very longtime. They were unfairly treated during the recruitment process for the position of director. Likewise, the position of DMD awarded to a person without any previous experience in managing public institution like social security. His appointment must also be subject to forensic scrutiny.

The pomposity and arrogance of Manjang has been proven the moment he turned down his appointment by the President as Deputy Executive Secretary to represent the Gambia in the Senegalo-Gambian Permanent Secretariat, a position that became vacant following the demise of Late Mr. Yaya M.B. Jallow of blessed memory. He could have taken a cue from your humbleness when you were removed as MD from GPA and transferred to GPPA the nation’s Procurement Agency. You handled that with profound humility worthy of emulation by any public servant. I know you will surpass the expectations attached to this esteemed office and join the few eminent personalities who left behind a distinguished legacy in the service of the pensioners in this country and not as controversially as the sensationalizing exit of the stiff-necked Manjang walking around with a personal body guard provided and paid for by the state.

You have chosen to play a crucial role in bringing sanity to this institution as well as serving the interest of all pensioners. Please also review the National Provident Fund Act 2012 as many people have died forfeiting their genuine claims to the social security because of a stupid clause in the NPF Act which made it impossible to access workers’ contributions without having an uninterrupted contributions of 3 or 5 years, and to serve a ‘cooling off’ period of six months after leaving service. Many of those failing to meet this stringent criteria have either abandon their entitlements or die leaving their claims behind with the social security denying their widows(ers) what is rightfully theirs. These are the people who need help and i know you will look at this matter forensically.
I wish you success.